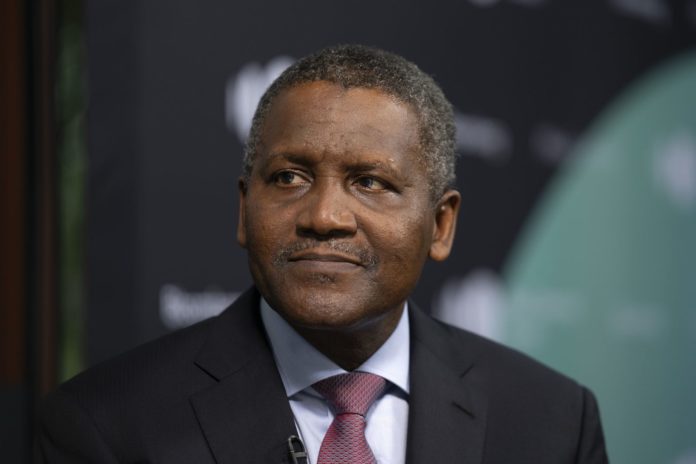 In yet another massive intervention, the Aliko Dangote Foundation yesterday officially launched a major philanthropic programme in Zamfara State, where he doled out food items running into several millions of naira to support victims of insurgency.

According to official reports, over 3,000 people have been killed, about 100,000 displaced of which about 30,000 are in Maradun council area and over 500 people kidnapped.

Group Executive Director of Government and Strategic Relations, Dangote Group, Mansur Ahmed, who presented the food items on behalf of the Group President, Aliko Dangote, said the Foundation was supporting the government and traditional leaders in meeting the needs of the IDPs.

Ahmed said Dangote Foundation had also injected over N7billion to create succour in Northeast in the wake of the Boko Haram insurgency.

He said Dangote was very disturbed about the plight of the displaced persons and quickly directed that everything possible be done to provide succour.

Ahmed said the company was building a 200000-ton capacity of rice mill in Maradun and that when completed this year, it would create hundreds of job opportunities for the people of Zamfara State.

While responding to the kind gesture of the group, the Emir of Maradun, Muhammad Garba Tambari, said he was highly elated as the company is the first to intervene by providing food support for displaced persons.

He commended Dangote for the gesture and promised to help secure his investment in his Emirate.

However, some eyewitnesses sighted trucks of food items being offloaded at the silos and at the official presentation of the relief material at the Palace of the Emir of Maradun.

Some of the items delivered included truck load of Semolina, spaghetti, sugar, wheat meal and macroni.

Meanwhile, victims at the IDP camp at the presentation who recounted their ordeal described the crisis as the worst in the country in the past five years.

They regretted that state have been neglected by the government and mainstream media.