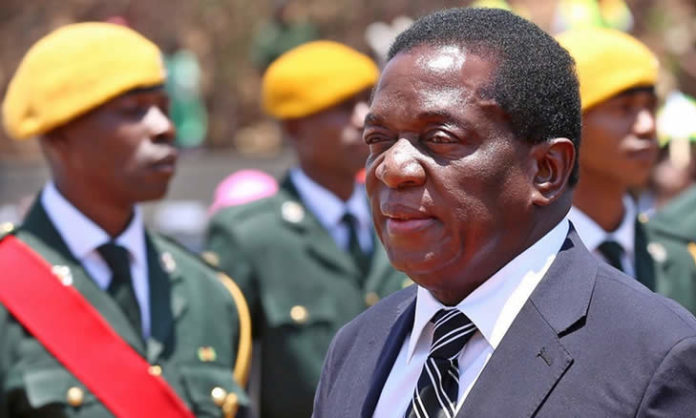 Zimbabwe President Emmerson Mnangagwa has landed back in Harare, state television said on Tuesday, after cutting short a foreign tour over nationwide protests that were met with a brutal security crackdown.

Police and soldiers launched a large-scale operation against suspected protesters, activists and organisers of the strike last week, which was triggered by a sharp rise in fuel prices.

At least 12 people were killed and 78 treated for gunshot injuries, according to the Zimbabwe Human Rights NGO Forum, which recorded more than 240 incidents of assault and torture.

About 700 people have been arrested.

“I am happy that the country is quiet. Our people should concentrate on their work,” Mnangagwa said after landing late on Monday night. “There are channels of communication. We want Zimbabwe developed.”

The High Court in Harare ruled Monday that government had no powers to order the shutdown of the internet which was imposed as protests swept across the country.

Handing down judgement in a case brought by human rights lawyers and journalists, judge Owen Tagu said, “it has become very clear that the minister had no authority to make that directive”.

Internet and social media appeared to be partially returning to normal on Tuesday morning.

Mnangagwa, who was seeking much-needed foreign investment on his tour, scrapped plans to attend the Davos summit of world leaders this week.

He had visited Russia, Belarus and Azerbaijan and Kazakhstan before cutting his trip short.

Mnangagwa, 76, had pledged a fresh start for the country when he came to power in November 2017 after Robert Mugabe was toppled, ending 37 years in office that were marked by authoritarian rule and economic collapse.

But Zimbabweans have seen little evidence of the promised economic revival or increased political freedoms.

The UN human rights’ office criticised the government’s reaction to the protests.

The violent demonstrations erupted on January 14 after Mnangagwa announced petrol prices would more than double in a country that suffers daily shortages of banknotes, fuel, food and medicine.

He flew to Russia soon after making that announcement in a televised address to the nation.

Accused of conducting a deadly crackdown on dissent, the army and police denied any wrongdoing, saying some assailants raiding homes were wearing official uniforms to pose as security personnel.

Mugabe, now 94, ruled Zimbabwe with an iron fist from independence from Britain in 1980 until 14 months ago.

The military, fearing that Mugabe’s wife Grace was being lined up to succeed him, seized control and forced him to resign before ushering Mnangagwa to power.