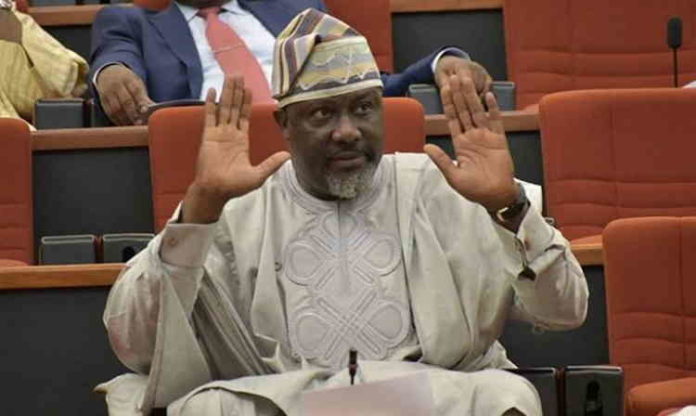 The embattled Senator representing Kogi West in the National Assembly, Dino Melaye has finally surrendered to the Nigerian police, eight days after he was held up in his Abuja residence. located within the Maitama area of the Capital City.

Sources reliably stated that Mr Melaye went to the police in the company of some lawmakers from the National Assembly who paid him a solidarity visit.

The lawmakers are the House of Representative member representing Asalga/Akulga Constituency, of Rivers State, Boma Goodhead and a Senator from Kogi, Atai Aidoko-Ali.

It was also gathered that his lawyer, Mike Ozekhome, is also among Mr Meyese’s entourage to the police.

Our correspondent also gathered that the lawmaker is currently at Special Anti-Rubbery Squad, SARS, office in Abuja as at the time of filing this report.