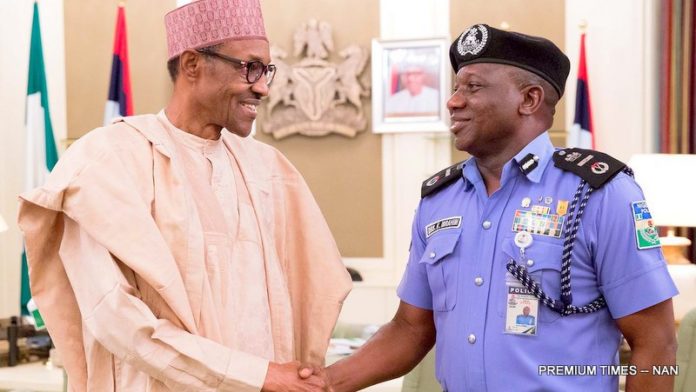 President Muhammadu Buhari is currently holding a closed-door meeting with the Inspector General of Police, Ibrahim Idris at the State House Presidential Villa .

Sources inside the Presidential Villa gathered that top at the agenda of the meeting, which began shortly after Friday prayers would be the issues surrounding the retirement of the IGP.

Recall that Mr Idris is expected to retire from service on January 15 this year, following completion of mandatory 35 years in service.

However, may opposition leaders have raised eyebrows following some insinuations at some quarters that the presidency was making move to extend the tenure of the police boss to three months.

Pundits have opined that today’s meeting with the president will determine whether or not the IGP’s tenure would be extended.