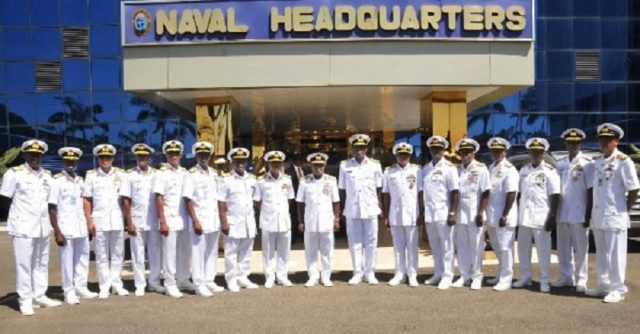 A statement signed by the Chief of Plans, Navy Headquarters, Abuja, O B Daji, noted that Mr Dahun had served as Acting Director of the Directorate before he proceeded on Course at the Nigerian Institute of Policy and Strategic Studies, Kuru, Jos.

The statement reads: “The Nigerian Navy has appointed a new Director of Information. He is Commodore Suleman Dahun mni. Commodore Dahun attended the University of Maiduguri where he graduated with a Bachelor of Arts Degree in Mass Communication.

” He has attended several military and professional courses both within and outside Nigeria. Some of these include Junior and Senior Staff courses at the Armed Forces Command and Staff College, Jaji. Commodore Dahun was a member of the Senior Executive Course 40 at the National Institute for Policy and Strategic Studies, NIPSS, in Kuru, Jos.

“Amongst his previous appointments, Commodore Suleman Dahun has served in all the operations commands of the Nigerian Navy and was one-time Acting Director of Information, Naval Headquarters”.