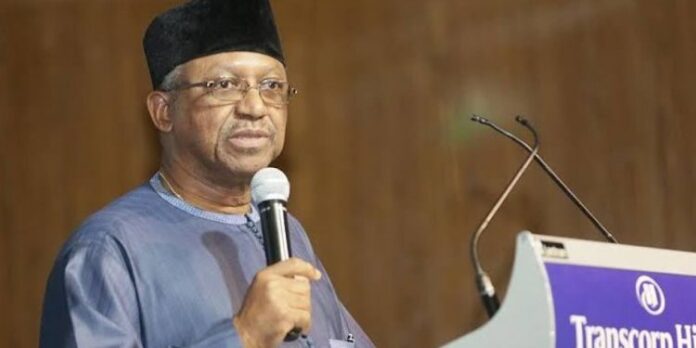 The Nigerian government urged the striking resident doctors to return to work while talks continue on the areas of disagreement.

The health minister, Osagie Ehanire, made the call during the 18th ministerial briefing, which was held at the Presidential Villa in Abuja, on Thursday.

The minister, who said Nigeria could be the only country in the world where doctors are on strike amidst the global pandemic, said the ‘No Work, No Pay’ rule isn’t a punitive measure against the striking doctors but an implementation of the provisions of law.

He said embarking on industrial action in the middle of an outbreak is “unconscionable.”

“We have said openly that this is not a good time for doctors to go on strike. We are having a strike for the third time this year; that is not good.

“Every country who has a difficult situation at this time should understand that responsibility is on all of us. If you have any problem, any grudges, let’s talk about it.

“I think Nigeria is probably the only country in the world today where doctors are dropping work in the middle of a threat to the whole country,” he said.

Speaking on the ‘No Work, No Pay’ policy of the government, the minister said; “Yes, but that’s the standard thing. ILO recommends that if you didn’t work, then why will you take your salary that comes from taxpayers’ money.

“Because if that is so, you can’t be encouraged to stay home for six months and your salary is running from public funds, from taxpayers’ money, or you have not given the community any service.”

Mr Ehanire also noted that the government has not threatened the doctors but “you do not put people’s lives at risk. That is what the minister of labor is saying. Nobody has threatened anybody with anything.”

Earlier, while appearing on a Channels Television’s program – Politics Today, last Friday, the minister of labor and employment, Chris Ngige, said the doctors were taking the country for a ride.

He also threatened that the doctors would be sacked by their various employers if the seven-day ultimatum he issued them expires.

The ultimatum, according to the minister expired on Monday.

However, in spite of the threat, the doctors said the strike would continue until their demands are met.

The strike entered its 12th day on Friday.