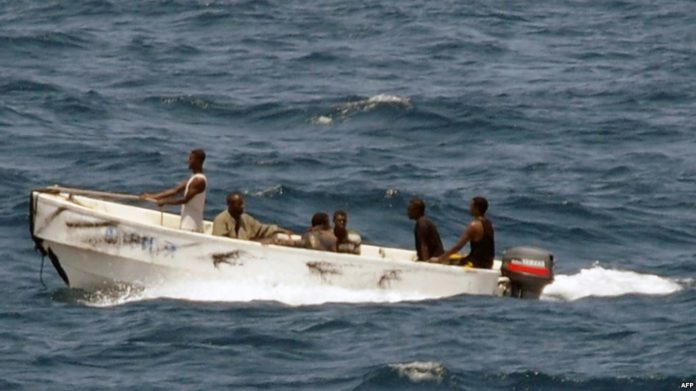 The Russian Embassy in Nigeria is collaborating with the government to track down the location of crew members taken hostage from the “MSC Mandy” near the coast of the Republic of Benin between January 1 and 2.

Our correspondent gathered that the Mediterranean Shipping Company was setting up a team to negotiate with the pirates.

They were said to have engaged security experts and were creating a team for contacting the pirates. The team will include lawyers, negotiators and employees of a company that deals with security, according to information gleaned from vessel tracker on Monday.

It was learnt that the company had already recruited experts who provided recommendations on a plan to rescue the abducted seamen and had also communicated with the Russian Embassy in Nigeria, asking it to influence the Nigerian authorities.

When the ship was raided and looted, pirates took the captain, his chief mate and six Russian sailors captive. There were 23 Russians and a Ukrainian citizen on board. The ship then docked at the port city of Cotonou.

The kidnappers have not yet made contact, our correspondent has learnt.

The International Maritime Bureau had reported that between January 1 and 2, eight to 10 pirates seized the container ship in the territorial waters of the Republic of Benin, stole stores and kidnapped six men.

The ship was sailing from Lome to Lagos when it was attacked. After the incident, the ship continued to Nigeria before returning on January 5 to the main port of the Republic of Benin.

Diplomats visited the ship and met with crew members in the port of Benin. Several replacement crew members, including a captain, were brought on board. None of the crew members was injured.

Piracy and kidnapping of crew members off vessels on the Gulf of Guinea have become a subject of global concern owing to its frequency.

According to the 2018 Piracy Statistics of the International Maritime Bureau, between January and December 2018, there were 31 incidents of attacks or attempted attacks on ships in Nigeria alone. This is approximately 138 per cent increase over the number of attacks recorded in 2017, which were 13.

Nigeria also topped the list of African countries that recorded piracy attacks on vessels in the year under review.

For instance, five cases each were recorded in the Benin Republic and Ghana, two in Cameroun. Democratic Republic of Congo, Togo, Guinea, Somalia each recorded one case.

The safest coasts in Africa in 2018 were; Angola, Gabon, Congo, Ivory Coast, Kenya, Liberia, Mozambique, the Red Sea, Sierra Leone, South Africa, Tanzania and the Congo where no case of piracy was reported.