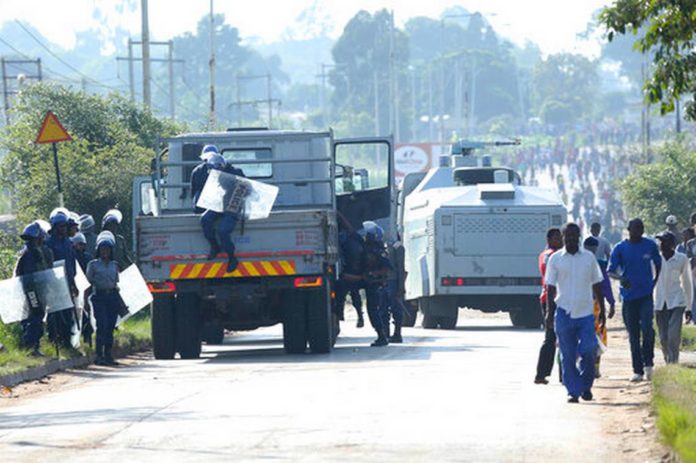 One dead, 200 arrested in Zimbabwe riots

One person was killed and over 200 arrested during protests in Harare over fuel price hike and worsening economic conditions, Zimbabwe’s security minister, Owen Ncube, has said.

“It is unfortunate that a life was lost, and several were injured during the skirmishes.

“Over 200 people have been arrested mainly in Harare, Chitungwiza and Bulawayo,” Ncube added.

Zimbabwe police fired live ammunition and tear gas at protesters in parts of Harare on Monday after they turned out following a call by unions for a nationwide shutdown.

Zimbabwe’s Congress of Trade Unions called for a three-day strike after President Emmerson Mnangagwa announced on Sunday that he was doubling petrol prices given a fuel shortfall.

The headquarters of Zimbabwe’s main opposition Movement for Democratic Change (MDC) were damaged overnight on Monday to Tuesday.

Businesses and government offices were closed.

The government has deployed soldiers to Harare’s high density suburbs, where most of Monday’s unrest took place.

President Mnangagwa is currently out of the country, in Moscow, and is later scheduled to attend the World Economic Forum in Davos, Switzerland, looking to shore up investment.