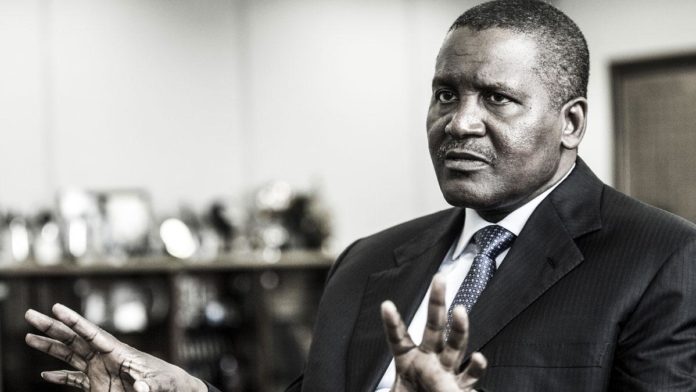 Dangote group denies ownership of truck that killed 15 in Ekiti

Dangote Industries Limited (DIL) has denied the ownership of the truck involved in an accident in Iworoko Ekiti, near Ado-Ekiti, in which 15 persons were confirmed dead and many others injured on Saturday.

In a statement on Sunday, the management of DIL described as “misleading and unverified” the report by a number of online media that the truck belongs to Dangote Group.

While the company commiserated with the families of the deceased, it said: “it is important to state that the affected truck did not belong to our company.

“Dangote Industries Limited (DIL) do not import or produce rice for the market or for any individual or entity. Our trucks are also not meant to carry third-party goods as we have consistently requested the public to report any such illegal action by our drivers to us for monetary reward,” it said.

The truck, conveying bags of rice and which witnesses said belonged to the company, was bearing the campaign stickers of an All Progressives Congress (APC) senatorial candidate in Ondo State, Tayo Alasoadura.

To clarify its position, the DIL management went on to list its products and goods which its over 10,000 trucks operating across the country and the neighboring West African countries could convey.

Earlier, DIL in a renewed effort aimed at ridding the organisation of unscrupulous drivers, had urged members of the public to assist in apprehending persons engaging in illegal haulage activities with its trucks. The company had further warned that such goods would be confiscated and both the drivers and owners would face the full weight of the law.