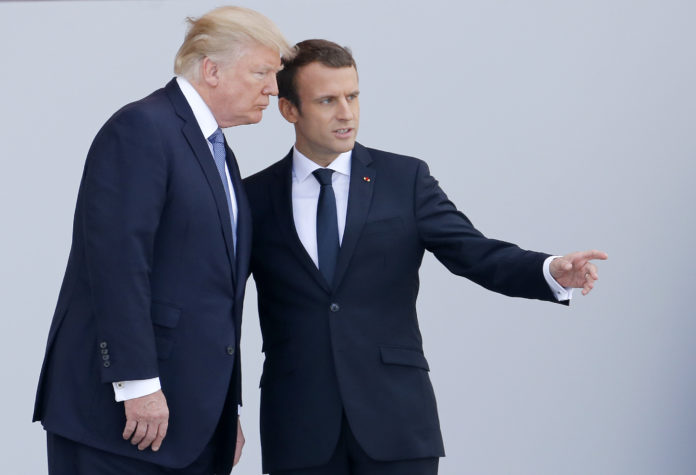 French President Emmanuel Macron on Tuesday pressed his U.S. counterpart Donald Trump to ensure “the security of all our partners” if U.S. troops were pulled out of Syria, his office said.

The fate of Syria’s de facto autonomous Kurdish areas has been in the balance since Trump in December said he was withdrawing U.S. troops backing up Kurdish-led forces against Islamic State extremists.

Turkey, which views the main Syrian Kurdish militia as terrorists due to their links with rebels on its soil, has threatened a military offensive in Kurdish-held northern Syria.

“Macron underlined the importance of close coordination between the members of the international coalition against Islamic State to ensure the security of all our partners in a phone call with Trump on Monday,’’ the Elysee Palace said.

A senior Trump aide, national security advisor John Bolton, said on Sunday that Washington would seek commitments from Ankara not to attack the Syrian Kurds after U.S. forces withdraw.

Macron has also raised the fate of the Kurdish forces with Russian President Vladimir Putin, the key international backer of Syrian President Bashar al-Assad and a major powerbroker in the nearly eight-year-old conflict.

The Kurdish-led Syrian Democratic Forces (SDF), backed by air support and special forces from the U.S. and other western countries, have captured much of northern and eastern Syria from Islamic State, including the group’s former de facto capital of al-Raqqa.

However, in 2018, Kurdish forces were driven out of their long-standing stronghold of Afrin in north-western Syria by Turkey and allied Syrian rebels.