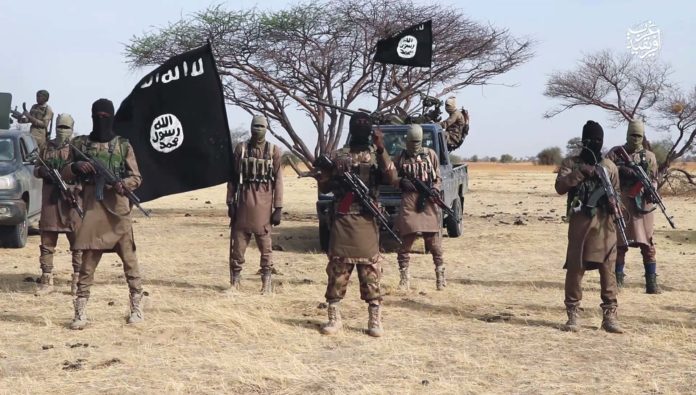 Speaking during an interview with Channels Television on Wednesday, Jan. 5, President Muhammadu Buhari said, “If you ask anybody from the Northeast, there were several local governments that were in the hands of Boko Haram or ISWAP [Islamic State West Africa Province]. None of these local governments now are in their control.”

This was the latest of many instances where the country’s leader has claimed his administration has tackled insecurity in Nigeria.

Contrary to this claim, Governor Babagana Zulum of Borno disclosed a week later that two Local Government Areas – Abadam and Guzamala – are still under the control of Boko Haram.

The Boko Haram insurgency, which erupted in 2009, is one of the longest conflicts in the region. Beyond taking a toll on human lives, the terror attacks have led to the displacement of millions of people. The World Bank estimates that the damage to infrastructure and social services occasioned by the crisis has cost Nigeria’s Northeast $9 billion, with Borno State bearing the greatest burden.

HumAngle has extensively reported how Boko Haram fighters have within the last decade transformed into one of the deadliest terror groups in the world. They control vast territories in the northern parts of Borno, Yobe, and Adamawa states.

Governor Zulum’s recent statement aligns with our previous reports, which examined what life was like in the hinterlands and volatile parts of Borno, including places such as Guzamala.

One of our reports published last year revealed that Guzamala was totally under the control of non-state actors such as Boko Haram and ISWAP.

The whole of Guzamala, which covers 2,517 square kilometres, has been under the occupation and control of terror groups for close to four years and even the state governor who had visited 26 of the 27 local government areas of Borno has yet to visit Guzamala since he assumed office in May 2019.

Most of the people there are said to be living in Internally Displaced Persons (IDP) camps in the Monguno and Magumeri local government areas of the state.

Another report by HumAngle showed that aside from Guzamala, there are still known communities where insurgents live freely, operating unchallenged and cohabiting with locals who abide by their rules and often pay taxes.

The defeat of Boko Haram terrorists has been a debated topic since the beginning of the insurgency itself.

“Nigerians may have lost count of the number of times the authorities have claimed victory in annihilating the ‘remnant’ Boko Haram terrorists since 2011,” observed HumAngle’s Lake Chad Region Editor, Abdulkareem Haruna. “But what the authorities have been claiming, just like what the president recently claimed, are in contrast with the reality on the ground.”

He added that even the Borno state governor may have been ‘a bit economical with the facts’.

“Last year, the ‘remnant’ Boko Haram under the faction of late Abubakar Shekau began their surrender to the government forces, not necessarily because they were overwhelmed by the superior firepower of the military, but because of a doctrinal ego that forbids them to pay allegiance to a factional leader. The JAS members felt they are better off giving up their hostility than being under the command of ISWAP.”

Haruna explained that there’s been no significant reduction in hostility by non-state actors despite the mass surrender of Boko Haram members from the Shekau faction. Towards the end of 2021, especially in November, the frequency of ISWAP attacks on Nigerian military formations increased, compared to the months preceding Shekau’s death.

On Nov. 13, 2021, the group carried out a major attack on Askira town in Askira-Uba LGA during which a Major General and three other decorated officers were killed. On Monday and Tuesday this week, it carried out multiple attacks around Northern and Southern parts of Borno during which part of the newly established Nigeria Army war college located in Buratai town was burnt down. A week before that, towns like Gubio, Buni Yadi came under heavy attacks during which the military had reportedly lost personnel and equipment.

Also, within December 2021, ISWAP carried out two separate long-range bombings on the city of Maiduguri, with the latest happening minutes before the arrival of Buhari, who was visiting the state capital.

Though some of these attacks were ‘repelled’ by the military, they still suggest that the terrorists are still strong and can carry out daring assaults.

“In his recent bewailing of the worsening security situation in the state, Governor Babagana Zulum, of Borno state, had also mentioned that Boko Haram terrorists had maintained their control of the Biu Maiduguri highway which has been a no-go-area for both military and civilians for about three years now,” Haruna noted.

“The governor said the terrorists do not only mount about four checkpoints around Wajiroko and Mandaragrau villages in Biu local government areas of Borno. If Boko Haram were truly or technically defeated, they wouldn’t have been able to successfully stage such deadly attacks.”

Meanwhile, on general insecurity, HumAngle’s analysis revealed that, in 2021, Nigeria recorded its worst insecurity-related death toll since 2016 as over 10,000 people were killed, further casting doubt on Buhari’s claims to effectively addressing the country’s security challenges.