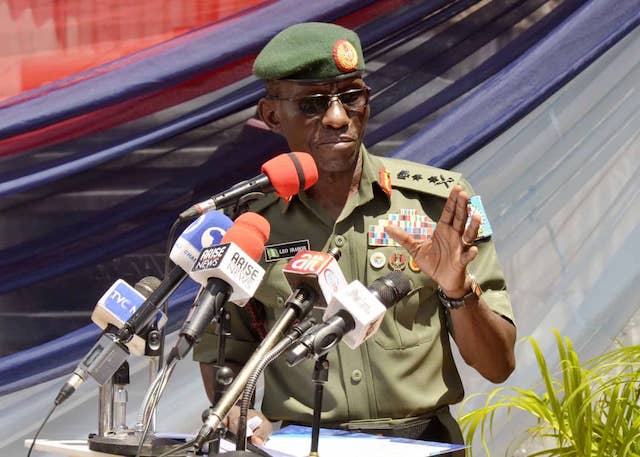 It appears our beloved country still has a long way to go as far as the war against drug trafficking is concerned. Brig. General Mohammed Buba Marwa (rtd), Chairman and Chief Executive Officer of the National Drug Law Enforcement Agency, NDLEA, once lamented that 90 percent of criminalities in Nigeria is linked to drug abuse.

According to the United Nations Office on Drugs and Crime, Nigeria is a transit point for heroin and cocaine intended for European, East Asian, and North American markets.

The UN office disclosed that drug traffickers have been increasingly using West African countries, including Nigeria, for smuggling large amounts of cocaine from South America into Europe and North America, since 2004.

“The country has a relatively high rate of drug abuse due to the continued availability of illicitly manufactured and diverted pharmaceutical products containing narcotic drugs and psychotropic substances,” it said.

The alarming rate of illicit drug trafficking (IDT) is one of the actual threats to the nation’s and human security. The IDT menace poses heinous threats to human lives, national development and security. A major factor that permits the easy influx, movement and exit of drugs into the country, perhaps, is the porosity of most Nigerian borders.

However, the problem of drug abuse and trafficking in Nigeria is “on its way to being under control”, says Buba Marwa.

Marwa, in a media interview, said that with the support from the Federal Government, foreign partners and stakeholders, the country would win the war against drug abuse and trafficking.

He described the problem of drug in Nigeria as “a ravaging epidemic”, saying “it is for this reason that we remained up standing to do our best with what we have and with the support we have been receiving from the Federal Government.”

Marwa said the UN Office on Drug and Crime (UNODC) had been supporting Nigeria in its fight against drug abuse, especially in training of its staff and providing information materials.

He said the federal government had produced the improved fourth edition of the National Drug Control Master Plan 2021-2025 with the technical support from the UNODC and EU funding.

Though it is not yet uhuru for the NDLEA, which is in the forefront of waging the anti-drug trafficking war, virulent critics of the agency will appreciate the efforts of the Buba Marwa-led management, towards checkmating the activities of drug traffickers, in the country.

Lately, the agency has been making major arrests on almost daily basis of individuals attempting to ferry in or out dangerous illicit drugs. It has also been strengthening its partnership with relevant security agencies.

The NDLEA management only recently solicited for more collaborative efforts between their Agency and the Armed Forces of Nigeria (AFN) in ridding the country of illicit drugs trafficking.

This was during an official visit led by Gen. Marwa to the Chief of Defence Staff, CDS, Gen. Lucky Irabor, at the Defence Headquarters (DHQ), in Abuja.

At the occasion, the NDLEA boss said he was at the DHQ to express his appreciation to Gen. Irabor for granting approval for various support to NDLEA, as well as joint operations on cannabis and cartels of drug related cases.

He said the Agency is now better equipped to effectively carry out its responsibilities of making sure that Nigeria is free of illicit drug trading.

According to Brig Gen Marwa, there was need for NDLEA to expand the collaborative venture with AFN, particularly in the fight against drug dealers, conduct of drug test during the recruitment of new personnel into the military, as well as sensitisation of Barracks youths on the dangers of illicit drugs and trafficking.

The CDS, Gen Irabor in his remarks, commended the leadership of NDLEA for tackling the issue of illicit drugs usage and trafficking.

He averred that further partnership between the Armed Forces and NDLEA would boost the fight against this menace.

The Defence Chief urged the leadership of NDLEA to equally collaborate with the National Agency for Food and Drug Administration and Control (NAFDAC) in checkmating unpatriotic licensed drug importers who are in the habit of importing illicit drugs into the country.

Gen Irabor assured the visiting NDLEA Boss of AFN’s continuous support towards ensuring that the Agency achieve its noble objectives.

In this particular era, insecurity is not only what is giving Nigeria a bad name in international and global politics. Drug trafficking is perhaps doing worse. This is why the partnership between NDLEA and the Nigerian military cannot be said to have come at a more better time.

This is one synergy that will surely bolster the anti-drug trafficking war. Criminal persons who are enmeshed in the business of trafficking drugs for their pecuniary gains, do not deserve any mercy. They should severely be dealt with.