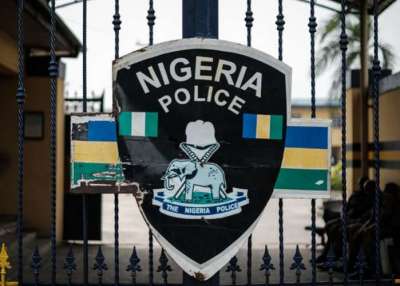 Police Rescue 10 As Bandits Kill District Head, 5 Others In Zamfara

Bandits have killed the District Head of Gada Town in Bungudu Local Government Area of Zamfara State, Alhaji Umar Bawan-Allah, and five others.

Residents said dozens of armed men stormed the community around 1am on Wednesday and went from house to house picking the identified targets and shooting them dead.

The criminals also abducted an unspecified number of people including women and children.

But the police in collaboration with the military and vigilante members responded promptly and rescued 10 of the kidnapped victims after intercepting the bandits and engaging them in a gun battle.

The Commissioner of Police, Mr Ayuba Elkanah, who disclosed this yesterday, said a notorious bandit, Sani Mati a.k.a Mai-Yanmata, was also arrested.

The CP said, “Police tactical operatives deployed along Zurmi axis while on confidence building patrol acted on intelligence information that led to the arrest of a notorious bandit, named Sani Mati a.k.a Mai-Yanmata.

“The suspect, who was arrested while trying to block the road and kidnap innocent commuters at a village called Koliya, who earlier belonged to Turji’s camp now operating under a notorious bandits’ kingpin Kachalla Sani Black, who operates in Zurmi, Shinkafi and Birnin Magaji axis respectively.

“He was arrested with his operational AK 47 rifle, double magazines with three rounds of live ammunition and one Boxer motorcycle.

“He is currently undergoing discreet investigation aimed at arresting his partners in crime before being charged.

“Presently, normalcy has been restored in the affected area and its environ with improved confidence building patrol,” Elkanah added.

It was learnt that the bandits also attempted to invade some villages in Wurno Local Government Area but for the quick intervention of the combined military and vigilantes.

The chairman of the council area, Abubakar Arzika, who confirmed this, said the bandits were on a revenge mission having lost two of their members in one of the communities about two weeks ago.

The spokesman of the Sokoto Police Command, ASP Sanusi Abubakar, could not be reached for his comments.