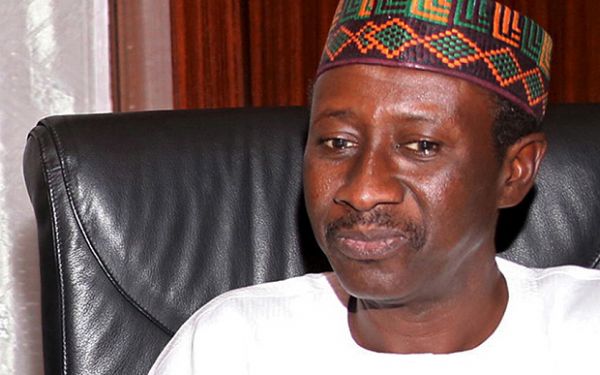 Unless proactive measures are put in place and fully implemented, otherwise the commitment made by Nigeria at the just concluded 26th annual edition of the Conference of Parties (COP26) Summit on climate change in Glasgow, United Kingdom to end deforestation by 2030 and equally attain zero-net emission in another 30 years later, i.e. 2060 will continue to remain a mirage! This is evident when attention was given to unprecedented hikes in the price of cooking gas in the country, not to even talk of diesel and kerosene.
In that regard, many people will resort to cutting down trees for fuel, thereby leading to increased emission, deforestation and less flora communities to absorb methane gases being released to the atmosphere occasioned by human activities. What a setback?
Due to the volumes of greenhouse gases being continuously added to the atmosphere triggered by humans, it was observed that the earth is now 1.1 degrees Celsius warmer compared to the pre-industrial level. The impacts of climate change are now evident to the world, ranging from wildfires in Greece and Algeria, to flooding in London and Turkey, to drought in Australia and Northern Nigeria.
There is also the crisis of extinction of land and ocean species, rising sea levels, and increased drought. For developing countries, like Nigeria, these issues lead to increased food shortage, animal migration, health risks, poverty and displacements. In 2020, the 10-highest climate change-induced disasters occurred in some of the poorest parts of the world. It cost over $130 billion, killing thousands and displacing millions. These costs are escalating every year.
According to the latest version of National Security Strategy 2019, a document released by the Office of the National Security Adviser (ONSA), climate change has contributed to excessive flooding across the country causing huge human and economic losses. additionally, it has led to seasons of drought which affected agricultural activities and caused a loss of shelter. In 2019, the National Emergency Management Agency revealed that floods had displaced approximately 1.9 million Nigerians.
Research by scientists from Europe, US and China predict that by 2070, a third of the global surface would be unsuitable for human life as the global temperature rises. The prediction included West and Central Africa, which will force the majority of the people to migrate to a suitable region. It is estimated that about 81% of Nigeria’s population would suffer from these extreme temperatures. Despite our preference not to migrate, the extreme temperature may drive a large percentage of people.
Nigeria has over the years outlined measures and plans toward combating the effect of climate change. These include establishment of a national youth climate innovation hub to harness climate innovation ideas from young Nigerians as well as include them in decision-making processes. The country has also approved the national action plan on gender and climate change to ensure climate change efforts mainstream women, men, youth, and other vulnerable groups to optimally benefit from climate change initiatives, programmes, policies, and funds. Nigeria has also developed a national adaptation plan (NAP) — which aims to build a framework for climate change adaptation, planning and governance, as well as an adaptation communication that would highlight adaptation activities and efforts in the country.
It is heartwarming to learn that on Thursday, November 18, 2021, President Muhammad Buhari signed into law, the climate change bill passed by the national assembly. In signing the law, the president has made Nigeria join an elite group of countries that have enacted emissions-target legislation aiming to eliminate carbon emissions. This is a big deal for an oil-dependent nation that is also ranked as one of the most vulnerable countries to climate change in the world.
The main objective of the climate law is to provide an overarching legal framework for achieving Nigeria’s long-term climate goals including a net-zero carbon emission target, national climate resilience, an adequate volume of climate finance, and the mainstreaming of climate change actions into national development priorities. The bill places climate change action in the broader context of efforts to achieve inclusive green and sustainable economic development for the most populous black country in the world.
Nigeria has long maintained that it wishes to use its climate policies as part of wider measures to achieve low-carbon, resilient, and equitable economic growth. The act, therefore, seeks to facilitate the intensive and complex cross-ministerial coordination of climate change action as well as the involvement of businesses and the civil society needed to achieve long-term climate objectives while also promoting climate-resilient social-economic development in the country.
The act also sets out to establish a systematic approach for the country to identify the major climate risks and vulnerabilities facing the country and how to strengthen existing capacities to adapt to the impacts of climate change.
With this present development of enacting the climate change act, it is apt to say that Nigeria is on the right course towards averting the dangers of climate change. Nonetheless, individuals should also on their own help in projecting this campaign by abstaining from activities that cause environmental exploitation, especially illegal cutting down of trees, which ultimately trigger climate change.
With the pledges made by the affluent nations and private institutions during the Glasgow COP26 to collectively provide a minimum of $100 billion annually by 2023 in order to achieve the mandates of reducing climate change, getting financial guarantees for Nigeria will not be difficult. However, it must adopt climate action as fast as possible, because scientists keep telling us that the planet is burning. Our lives literally depend on this global joint effort which COP 26 in Glasgow has represented.

Mukhtar is a Staff Writer with Emergency Digest