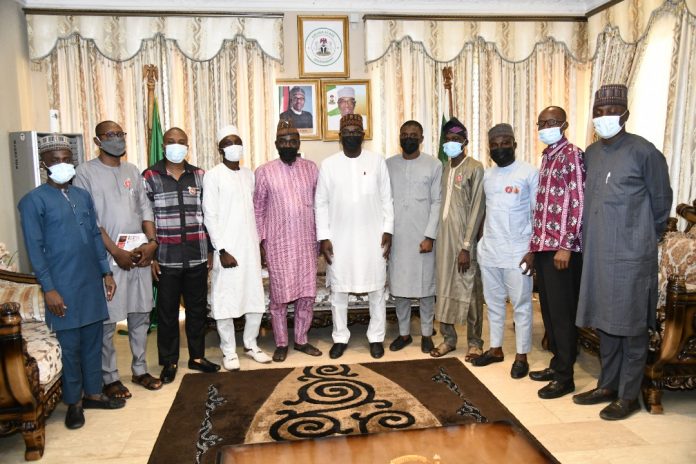 We Met Kwara in a State of Total Collapse – Governor Abdulrazaq

Kwara state governor, Abdulrahman Abdulrazaq, has said that he met the state in a state of complete collapse on assumption of duty in 2019, especially in the area of basic education and primary healthcare.

Governor Abdulrazaq said he would have loved to have taken over the reins of power from more prudent and patriotic predecessors so there would be a good foundation to build on.

He however lamented that the previous occupiers of the office left the state broke, heavily indebted and with no visible basic infrastructure or sign of good governance.

The governor said this when Image Marchant Promotions Limited (IMPR) team – Publishers of PRNigeria and Economic Confidential – led by its founder, Mallam Yushau Shuaibu, paid him a courtesy visit at the Government House, Ilorin on Tuesday.

Governor Abdulrazaq said his job was made difficult because the education, health and judiciary sectors were left in total disarray by his predecessor, with workers being owed many months of salary arrears, buildings dilapidated and morale of the staff very low.

He lamented further that his predecessors supervised the gradual collapse of state-owned media houses, including Herald Newspaper and radio and Television stations by owing the workers about a year of salary arrears.

Governor Abdulrazaq added that despite the fact that his predecessor and others around him practically diverted monies meant for crucial projects, he opted not to drag anyone to EFCC but concentrated on fixing the mess they left in order to alleviate the suffering of the people.

“Instead of wholesale sacking of teachers which some states did but we believe will be difficult to take here, we are introducing technology, where teachers are being trained on how to use tech gadgets to teach students.

“We also recruited over 4,700 teachers through computer-based test”, he said.

He added that Kwara state under his watch has now introduced school feeding programme for kids which will help the kids to stay healthy and concentrate in class, improve enrollment and expand the economic value chain.

The governor added that the Universal Basic Education (UBEC) had blacklisted the state since 2013 due to diverson of grants which he had to resolve recently.