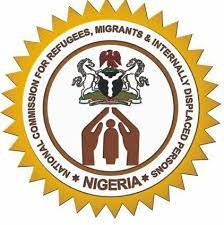 This included the introduction of many programs among others which led to the recent flag off of distribution of relief materials to IDPs, Migrants, and refugees across the country from Lafia, the Nassarawa State Capital.

Worried by the mere lip service prevalent before her assumption of duty, she minced no words of her intentions to redirect, reintroduce and reinforce several of its life touching activities, with a view to delivering on the expectations of the government and mandate of the commission.

Since food, shelter and health is the basic demands of life, the Internally Displaced Persons IDPS should be an exception, and hence the need to highlight through necessary attention on the basic necessity of life became sacrosanct.

As a humanitarian and public spirited individual, the ease of carrying out this onerous task to protect and give a sense of belonging to the vulnerable in the IDPS, with temporary abode will be the impetus towards resolving myriads of both human, natural and man-made crises.

Therefore, aside the conventional and routine distribution of items in the IDPs, the introduction of a special project of food distribution to IDPs in Nigeria was not out of place.

A hungry person, they said is an angry person, therefore, the decision of Imaan Suleiman-Ibrahim to begin from the basis was a right step in the right direction.

The new program will be an added advantage to one of her pet project, ‘Project Zero Hunger’ introduced recently and making a lot of inroad, impact and wave on the lives of IDPs in Nigeria.

To avoid redundancy, Imaan Suleiman-Ibrahim led commission had partnership with both local and ICT based government agency to acquaint the IDPs necessary skills to sustain themselves on the camps and after the camps.

These programs are one among many others that is geared towards giving a sense of belonging and responsibilities to IDPs in Nigeria.

According to the Federal Commissioner, gone were the days IDPs will be held to ransom and kept in confinement without exploring and exploiting their abilities and capacity to initiate and develop local contents using their skills.

With government vote of confidence at all levels, including the elation and excitement of Nassarawa State Government on the new idea, it will be a great relief not only to the commission, government and people of Nigeria, but to the excitement of the international communities and foreign partners.

All hands must be on deck for the stakeholders to extend maximum support and cooperation that will not only ensured the aims and objectives is realized, but sustained to guarantee a healthy and robust IDPs in Nigeria by the National Commission for Refugees Migrants and Internally Displaced Persons NCFRMI, under Hajiya Imaan Suleiman -Ibrahim achieved set objectives.