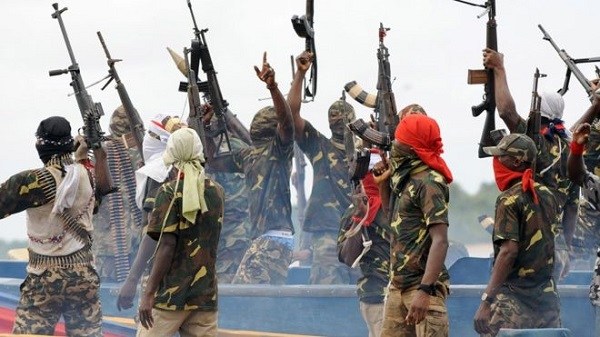 “I hereby grant amnesty and unconditional pardon to all persons who have directly or indirectly participated in the commission of offences associated with militant activities in the Niger Delta.”
The above was the statement made by late President Umaru Musa Yar’Adua on 25th of June, 2009 during the proclamation of presidential amnesty for Niger Delta militants.
The decision was indeed a bold and pragmatic step taken by the then Federal Government, towards fulfilling its avowed commitment of bringing enduring peace, security, stability and development to the Niger Delta region.
Recall that the Niger Delta militancy ravaged the Nigerian upstream petroleum sector between 2004-2009, bringing it to a standstill. Reports indicate that the militants’ activities cut down Nigeria’s monthly oil revenues to $1b per month in July 2009, compared to $2.2b that it was in 2008.
In the wake of government’s criminal neglect of their region, the militants, have always argued that, they are fighting to have a large share of the country’s oil wealth (which their region produce) and to curb wanton environmental degradation caused by gas flaring and oil spillage. In response, the Nigerian state adopted an amnesty policy―a globally recognized tool for conflict resolution and peacebuilding―to protect the sector and the economy from collapse.
In June 2009, the late Umaru Yar’Adua, signed an offer of unconditional Presidential Amnesty Program (PAP) for militants operating in the Niger Delta. This was to mitigate the groundswell of violent conflicts in the region and threats the violence portended for the Nigerian state, including reduction in revenues accruing from oil sales.
Amnesty in the Niger Delta region can be traced back to 1967, when the Yakubu Gowon regime pardoned the Niger Delta Volunteer Force (NDVF) – including its leader, Isaac Adaka Boro – for the insurgency fomented by the group in 1966.
To achieve its objectives, government introduced three phases including disarmament, i.e. disarming the youths of weapons of destruction, demobilization, rehabilitation and sustainable reintegration.
Initially, the program was conceived as a short-term mechanism for de-escalating and defusing the militant insurgency that destabilized the oil-rich Niger Delta over the preceding decade, and was also designed to achieve broader socioeconomic and stabilisation objectives.
Its approach is to reintegrate agitators via trainings, further education, job placements, and business startup support, and pay a monthly social support stipend until they graduate the PAP.
The Niger Delta PAP, after its establishment has under gone series of evolution which had yielded positive results at resolving the unrest in the volatile oil producing environment and consequent improvement of the nation’s economy.
Currently, the programme is in the reintegration phase which largely entails providing the restive youths with either vocational training or formal education. Of course, there is also the re-insertion part of reintegration which entails adding processes of returning already trained ex-agitators to civil society.
The quickest way to achieve this is through provision of jobs to already trained delegates. But, unfortunately, the situation of the country has changed with many of the educated youths being unemployed.
The good news, however, is that, after twelve years, PAP, to a large extent, has created a remarkable improvement in the Niger Delta from what it was and what it is now.
It has stopped incessant attacks and sabotage of oil facilities which resulted in the restoration of peace to the region.
This has made it possible for the Federal Government to have a free flow of oil thereby increasing revenues. And Nigeria has been able to attain the Organisation of Petroleum Exporting Countries, OPEC, quota of 2.2 million barrels of crude per day compared to the production of 700,000 barrels per day in the pre-2009 period.
With regards to training and education, the programme was able to incorporate not less than 30, 000 militants who agreed to lay down their arms and embrace peace.
Besides, there is evidence that no fewer than 1,050 of the ex-agitators have so far graduated from the programme, while no fewer than thirteen of them have studied up to the PhD level.
The programme has equally trained several pilots, lawyers, engineers, welders and the likes.
Despite that the programme has achieved relative successes in the aforementioned areas, a lot still has to be done in their reintegration. After training, the youths need to be effectively absorbed and reintegrated into the society by keeping them busy so as to erase the mentality of hostility from their thoughts.
However, mismanagement enables elites to divert annual budget allocations from the program into their private pockets, compromising the quality of delivery so much that participants fail to graduate in some cases.
Subject to that, in early October, Nigeria’s National Security Adviser, Babagana Monguno, whose office is responsible for coordinating the PAP, has raised an alarm saying that over N700 billion has been ‘wasted’ on the Niger Delta amnesty programme due to corruption and lack of transparency over the years. He noted that, the programme has become a cesspit of graft and thus called for it to be scrapped.
Continuing the program forever is not feasible, but for now, its sustenance will keep the idle Niger Delta youths busy and reduce the rate of crimes in the domain and create peaceful atmosphere not only for those in the region but also give corporate organizations operating in the Niger Delta an opportunity to do their business in a peaceful environment.
However, appropriate measures should be put in place in order to rout out the corrupt practices that marred the program over the years.
This effort plus commitment and dedication from the participants will go a long way in ensuring that the program continues to see the light of the day.

Mukhtar is a Staff Writer with Emergency Digest