Emergency Digest
Home News ‘How Decisions of African Courts, Tribunals Can be Implemented’ 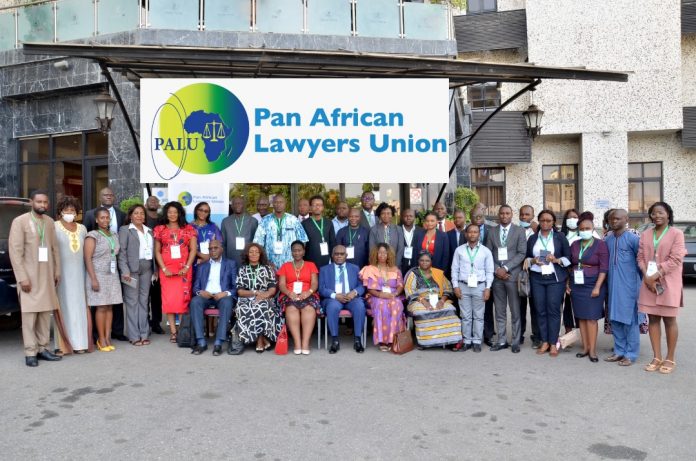 ‘How Decisions of African Courts, Tribunals Can be Implemented‘

They made their position known at a ‘Continental Symposium on the Implementation of African Courts and Tribunals: The Role of the Legal Profession, NHRIs and CSOs”.

The two-day symposium, which attracted delegates from several African countries, was held in Abuja. It was organized by the Pan African Lawyers Union, PALU, and the West African Bar Association, WABA.

The symposium aimed to increase awareness on the implementation and enforcement deficit affecting decisions made by regional courts and tribunals.

In his remark at the opening ceremony, Mr. Moussa Coulibaly, President of WABA, emphasized the need for greater funding of ECOWAS courts, stressing the need to hire more judges for speedy adjudication of litigations.

Coulibaly, who said that though the ECOWAS Courts usually gives updates on the state of human rights in the sub-region, it must expand its roles to include transmitting judgements and monitoring implementation of decisions on cases of human rights abuse.

Leading a panel discussion, Mr. Don Deya, Vice President of PALU, revealed that their lawyers’ union has committed to support and enhance the ability of key actors by increasing visibility, influencing and improving the performance of African Courts and Tribunals, while advocating for the implementation of their rulings and judgments.

He highlighted the need for stakeholders in the law and human rights fields to engage Ministries of Finance in African States to earmark funds in their national budgets for implementations of courts’ judgements.

Deya said: “Again, CSOs must establish what I call an institutional rapport with courts, tribunals, and various policy organs of the African Union.”

Other experts who spoke at the event argued that aggressive media publicity of cases helps put pressure on governments to enforce compliance and implementation of courts decisions.

They called on lawyers and their various unions to offer pro bono legal services for cases of human rights abuse, among others.

They equally urged CSOs in the continent not to relent on intensifying their advocacies on the need to comply with decisions of African courts and tribunals.

“NHRIs should engage the media for massive publicity of the decisions of African Human Rights Courts,” they said.