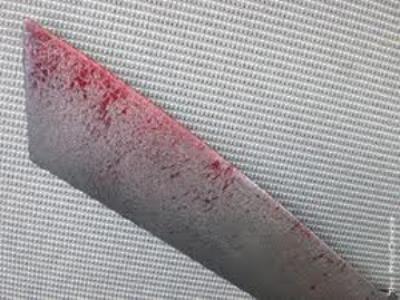 There has been a shocking report of a pastor who killed his own wife and thereafter went ahead to also commit suicide.

It was gathered that the pastor, identified as Chikordi was the General Overseer of the Ancient of Days Healing Church, located in Umunede, Ika North East Local Government Area of Delta State.

According to reports about the incident which was said to have happened in the early hours of Sunday around 4am, Pastor Chikordi killed his wife, Prophetess Chikordi.

After the reported murder, the pastor himself then killed himself by jumping into the well. He was said to have travelled to his hometown Ekwuoma, where he jumped into the well.

Though details of what happened are still sketchy as at press time, the Delta State Police Public Relations Officer (PPRO), DSP Edafe Bright, has confirmed the incident.

In other news, the Nassarawa state police has taken into custody a notorious criminal trying to steal his neighbor’s car.

The suspect identified as Auta Balefi tried to carry out the nefarious act when his neighbor went to pick her child from a school in Abuja.

The spokesperson of the state police command ASP Ramhan Nansel, spoke on the incident via a statement on Sunday, December 5.

He stated that the suspect’s neighbor begged him to drive her to her daughter’s school so she could pick her up. When they got to the destination, the woman went to the school to get her daughter but Balefi disappeared with the car.