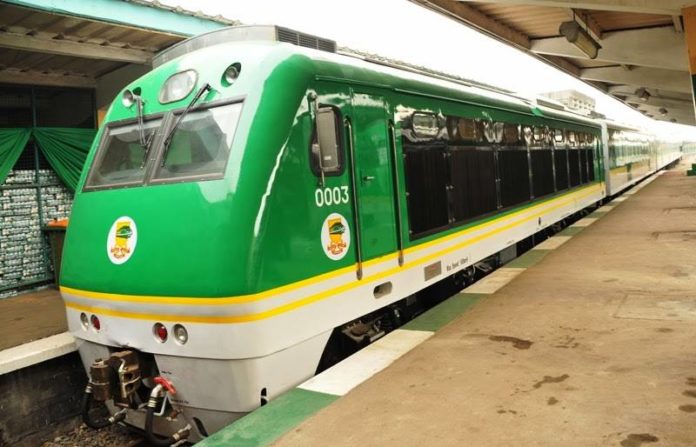 Several travellers trying to board the Kaduna-Abuja train at the Rigasa station in Kaduna have complained of ticket racketeering.

As a result of this situation, desperate passengers have been forced to purchase tickets from middlemen at exorbitant prices.

Daily Trust reports that the e-ticketing website of the Nigeria Railway Corporation has been down since Friday and travellers have been advised to purchase their tickets at the station.

This has reportedly provided an avenue for some railway staff to liaise with middle men to inflate the price of tickets.

Our correspondent, who was at the Rigasa Train Station at 7am, observed that travellers who could not purchase tickets for the 6:40am train had formed queues to purchase the 10:30am ticket.

However, as at 7:40am, the ticketing window was still shut while middlemen and some influential individuals were given access to the ticketing office to purchase tickets.

Daily Trust observed that when the ticketing windows opened, several middlemen had infiltrated the queue and bought as many as three to four tickets which were later sold to commuters at inflated prices.

It was observed that economy tickets bought at N3,000 were sold at between N5,000 and N7, 000 to desperate travellers who were trying to avoid the Kaduna-Abuja Highway.

A resident of Kaduna who was at the station since 8:30am said at the time he arrived, he had been informed that there was no ticket for the 10:30 and was advised to wait and purchase a ticket for the next train.

He, however, said he chose to purchase a ticket through a middleman at N7,000.

Daily Trust reports that as at 10:13am when passengers were boarding the 10:30 train, many travellers remained stranded at the station.