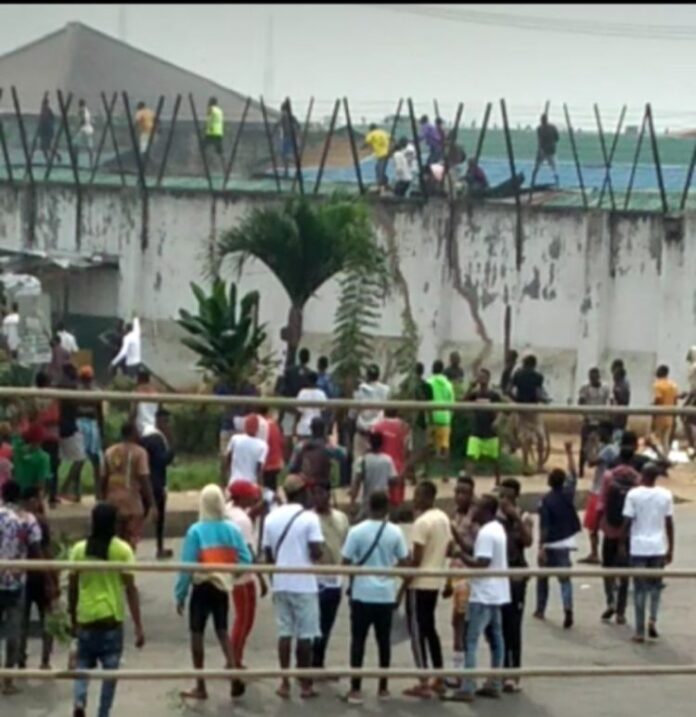 EMERGENCY DIGEST- The House of Representatives has proposed arming officials of the Nigerian Correctional Service with General Purpose Machine Guns and other sophisticated weapons to prevent more jailbreaks in the country.

This proposal is contained in a motion unanimously adopted at the plenary on Thursday, which was moved by a member, Gudaji Kazaure.

Moving the motion titled ‘Need to Upgrade Correctional Centres in Nigeria,’ Kazaure noted the recent cases of jailbreaks across the country had led to destruction of correctional centres and their security systems.

The lawmaker also noted that correctional centres are where convicted criminals are kept to make society safe, “thus it is dangerous for such convicts to be let loose.”

He said, “The House is concerned that if adequate steps are not taken to re-arrest the escaped convicts and provide adequate security in correctional centres, some of the criminals who escaped may become more emboldened to the point of forming terrorist groups that would put the country in jeopardy.”

Adopting the motion, the House urged the Federal Government to rehabilitate and upgrade the correctional centres “with the latest and sophisticated arms such as GPMG and automatic machine guns and latest security, electric fence wires attached, with shocking gadgets and highly sophisticated CCTV cameras.”

Furthermore, the House mandated its Committee on Appropriations to include the rehabilitation and upgrade of the centres in the 2022 budget estimates.