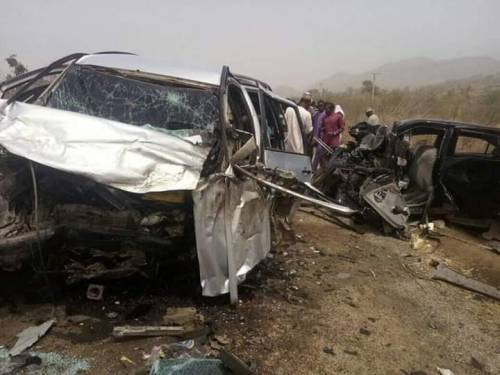 Three dead, 4 others injured  in auto crash in Kwara

EMERGENCY DIGEST- The Federal Road Safety Corps, FRSC, has confirmed the death of three people in an auto crash in Kwara on Thursday.

A statement issued by the FRSC Kwara Sector Commander, Corps Commander Jonathan Owoade, said that four other persons were injured in the accident.

Owoade explained that the accident involved an articulated truck and a Toyota Corolla car.

He said that the crash was due to speed violation, adding that the corpses were deposited at the mortuary at the University of Ilorin Teaching Hospital (UITH), while the injured were taken for treatment at a clinic.

“There were no items recovered from the crash site.

“We appeal to motorists to be road safety conscious and avoid over speeding.

“The best drivers are the ones who reach their destinations safely,’’ Owoade stresse