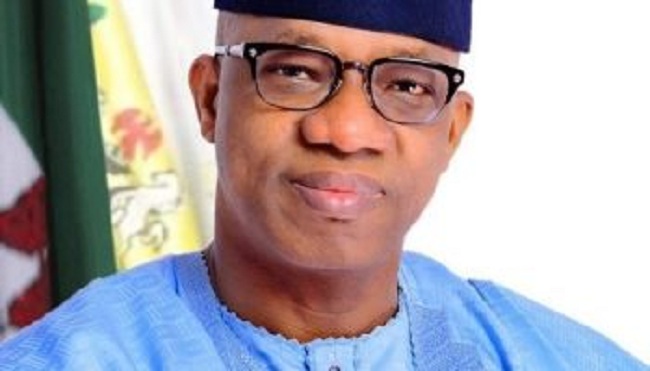 Ogun State Governor, Dapo Abiodun, has warned traditional rulers to be watchful of their utterances, when relating with polticians and shun associations capable of causing violencein the political atmosphere of the state.

The governor gave the warning in Abeokuta, the state capital while speaking at the inauguration of the Akarigbo, Paramount Ruler of Remoland, Oba Babatunde Adewale Ajayi, as the new chairman of the Council of Obas in the state.

Abiodun warned that the government, would not tolerate any act capable of undermining peace and disturbing the political serene of the state.

He admonished the monarch to remember that their revered stools were meant to sustain the political and socio-economic developments of the state.

He warned them not to allow any politician to cajole them into actions that could to endanger a peaceful political atmosphere in the state and advised them to set objective template on conferment of chieftaincy tittles and avoid acts capable of bringing their revered institution to disrepute.

“As general election for 2023 draws closer, it is also important for our traditional rulers to the wary of their utterances and associations. Our royal fathers should not allow themselves to be cajoled into actions that will bring the traditional institute into disrepute. The traditional council should be built on integrity and socio-economic development of the state.

“Our royal fathers should use their sacred offices to engender a more peaceful atmosphere for the successful conduct of the 2023 general election and the continued development of our dear state.”

Abiodun, who expressed displeasure on the figure recorded for the state in the ongoing Continuous Voter Registration (CVR), admonished monarchs to mobilise their subjects for the exercise.