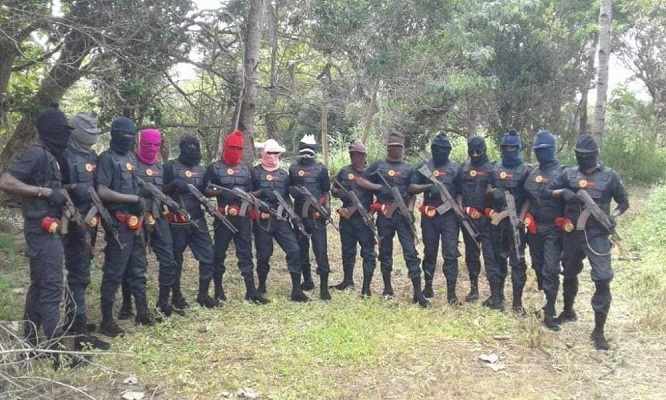 Babagana Monguno, the national security adviser (NSA) to President Muhammadu Buhari, has advised “those with the intention to disrupt Anambra governorship election” to have a rethink.

Mr Monguno, a retired major-general, gave the advice at the Inter-Agency Consultative Committee on Election Security (ICCES) meeting organised by the Independent National Electoral Commission (INEC) on Monday in Abuja.

There is a general apprehension that the November 6 election may be affected by the sit-at-home order issued by the pro-Biafra group, IPOB.

The agitation for an independent republic, Biafra, which is being championed by IPOB, has led to killings and destruction in Nigeria’s South-east region.

The IPOB leader, Nnamdi Kanu, is facing trial for alleged treason. The group and its supporters are using the sit-at-home order to put pressure on the Nigerian government to release Mr Kanu from detention.

Mr Monguno, who is the co-chairman of ICCES, said that while security agencies have been charged to act professionally, they would not sit idle and allow anyone to disrupt the election.

“I want to reassure the general public that the security agencies are going to do everything within their power to ensure that the people of Anambra State undergo this exercise without any incident.

“In the same vein, I want to offer a word of brotherly advice to our brothers and sisters in Anambra State who may want to use means, methods that are unorthodox and that are unusual to destabilise an already delicate situation, to please, think again.

“We are all eager to achieve results in this election that will be acceptable to everybody.

“I don’t think it will be helpful for anyone to go out and ignite something that might cause pain for the good people of Anambra State, under whatever disguise. Please think again.

“The law enforcement agencies, in as much as they have agreed to operate in accordance with the requirements of their profession, will not sit by idle.

“We will not allow people to start looting, destroying public property, and resorting to not just intimidation, terrorising people, possibly arson and even homicide.

“This will not be accepted. The law enforcement agencies have been asked to watch out for such elements,” Mr Monguno said.

The NSA also advised the security personnel not to engage in any act that would tarnish the image of the security agencies or harm the electoral process.