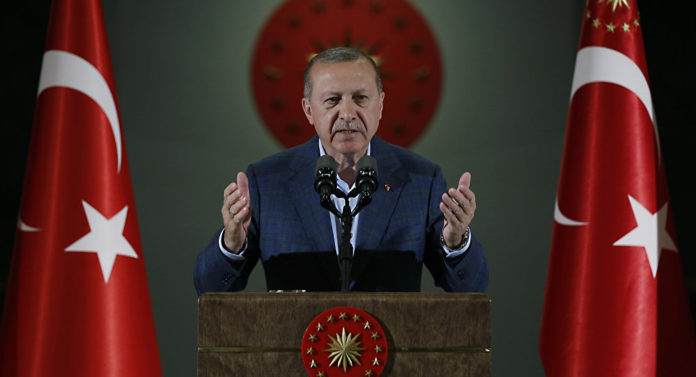 President Erdogan met Nigerian counterpart Buhari at the Presidential Palace in Abuja, with both leaders vowing to deepen ties and cooperation.

Turkey and Nigeria have signed multiple bilateral agreements, extending from energy to defence.

After one-on-one and delegate meetings between the two sides, Erdogan announced the signing of seven deals aimed at helping expand existing bilateral ties.

“2022 will mark 60 years of relations with Nigeria,” Erdogan said at a joint press conference with Buhari, sharing that current bilateral trade stands at $2B.

One of the bilateral agreements aims at avoiding double taxation and tax evasion whereas others touch on cooperation between both foreign ministries and at a youth level.

“We are strengthening our cooperation in military defence and security issues with Nigeria, which is fighting terrorist organisations, armed gangs, and piracy,” Erdogan said, offering condolences on a recent terror attack in Goronyo.

Erdogan, first lady Emine, and a large Turkish delegation were earlier welcomed by a guard of honour.

The president on Sunday started a four-day tour of three African countries, including Angola, Togo, and Nigeria.

The West African country of Nigeria boasts Africa’s biggest economy, with a gross domestic product of some $500 billion, according to estimates.