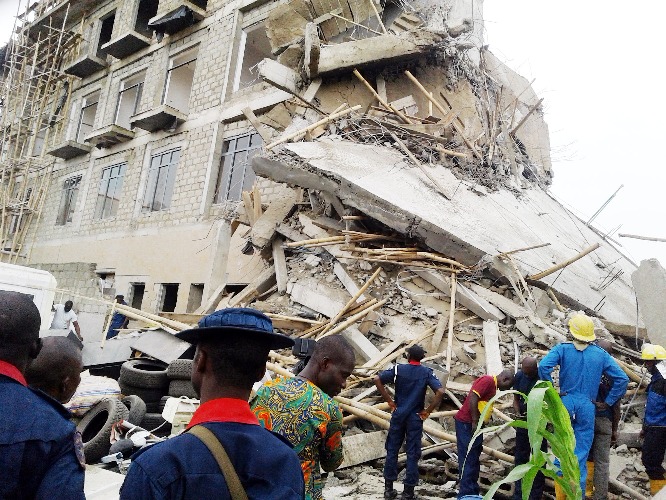 Two injured, others trapped as building collapse in Lagos

EMERGENCY DIGEST- A building collapsed Monday night at No. 97, Lagos Road in the Haruna area of Ikorodu.

The incident occurred around 10pm. Two persons, a male and a female, were confirmed injured.

The victims are currently at the Ikorodu General Hospital receiving treatment.

At least three persons are trapped but no casualty yet, the National Emergency Management Agency (NEMA) said.

DAILY POST gathered that after the structure disintegrated, residents within the area mobilised to carry out initial rescue.

The Fire Service and Police responded on time but could not do much due to unavailability of equipment to lift rubbles.

A rescue operation was ongoing as at press time.