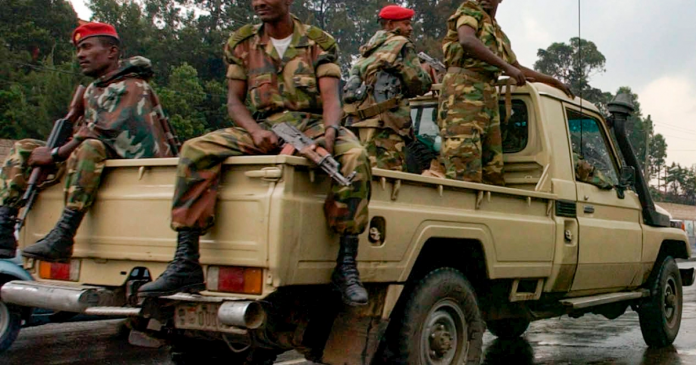 EMERGENCY DIGEST- The Ethiopian military has carried out air strikes in the Tigray region in two separate attacks killing at least three people. Eyewitnesses, senior officials of the Tigray People’s Liberation Front (TPLF) and aid workers confirmed the bombing that targeted a busy market and a hotel where several international aid workers stay. A regional TV station also reported that there was an air strike in Mekelle and blamed the 2019 Nobel peace laureate and Ethiopian Prime Minister Abiy Ahmed for the attacks. A spokesman for the Tigray authorities who lives in Mekelle, Kindeya Gebrehiwot, said that a market was bombed on a busy shopping day. He added that three people were killed and several others injured in the attacks. Second attack Mekelle residents who spoke to international media outlets said that at least seven people were also wounded in the second attack, which also severely damaged a four-star hotel. “One of their targets was the Planet Hotel, where a dozen or so humanitarian agencies used to have their employees. Apparently, the authorities in Addis are in the know about UN Ethiopia’s recent decision to move most of its workforce out of Mekelle and Tigray,” Getachew, a former communication minister, said in his tweet. he Ethiopian government, however, dismissed the reports of air raids. “There is no reason, or no plan, to strike civilians in Mekelle, which is a part of Ethiopia, and home to our own citizens. This is an absolute lie,” head of the government communication service, Legesse Tulu said. “It is a total and absolute lie of the TPLF junta, just to misguide the international community, to create pressure on the Ethiopian state,” he added. The bombing of Mekelle came two days after TPLF, which is fighting government and allied forces, announced major victories in a week of renewed heavy fighting. TPLF officials on Saturday said their forces had destroyed the whole of eastern command of the National Defense Force, including more divisions that were deployed as reinforcements. They also vowed that Tigray forces will end PM Abiy’s “final and decisive” offensives in a matter of “days or a couple of weeks”. Military operations Conflict erupted in Tigray last November, when PM Abiy ordered a military operation against Tigray in a bid to depose TPLF leaders, who had ruled the region and the country for nearly 30 years. The fighting has claimed the lives of tens of thousands of people and left about 5.2 million people in need of emergency food assistance. The United Nations says hundreds of thousands of people are living in famine-like conditions. A blockade on fuel deliveries and medical supplies, as well as the closure of banks and power blackouts have worsened the humanitarian crisis in the Tigray region. US President Joe Biden, in a meeting with his Kenyan counterpart Uhuru Kenyatta last week reiterated the need for a peaceful resolution to the bloody conflict in Ethiopia. TPLF said a few days ago that it is ready to sit down with the Abiy government to find a peaceful way out of the civil war. The group, however, accused Addis Ababa of rejecting calls for mediation. Ethiopia has repeatedly ruled out negotiations with TPLF, a group designated by Addis Ababa as a terrorist entity.