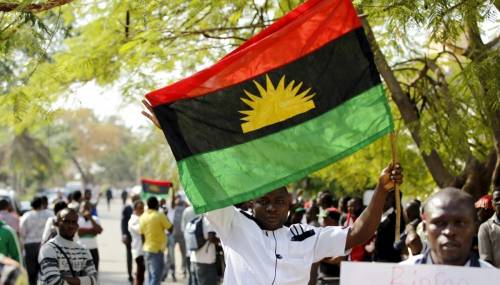 Coalition of Northern Groups (CNG) has said it will ensure that the sit-at-home order by Indigenous People of Biafra (IPOB) does not succeed in any part of the North.

Addressing a press briefing in Abuja titled: “Our stand on the threats of destabilisation from Southern Nigeria” the spokesman of CNG, Abdul-Azeez Suleiman, threatened to revoke the property of any person in the North who may decide to obey the one month sit-at-home nationwide order.

It said “We have seen a new statement by IPOB directing all Igbo living anywhere in Nigeria which includes the North to participate in the sit-at-home order for one month. What we are saying is that the Igbo in the North are not threatened. On our part, we are going to hold any trader that complies with IPOB directive in the North.

“We will definitely take steps to ensure that his business place is revoked because we have no problem with Igbo here doing their businesses peacefully. But if they comply with that order, it means they are also with the people that are actually challenging the state. We do not want any Igbo man to comply with that in Northern Nigeria.”

Meanwhile, the CNG has also kicked against the zoning of the 2023 presidency to any geopolitical region, describing it as undemocratic.

The coalition of over 60 northern groups warned that any political party which takes any step to block the window for the possible emergence of a northern presidential candidate would be rejected by the northerners.

It said it was “extremely disappointed and profoundly agitated by the recent threats by the southern governors and elite to intimidate the North out of the presidential race.”