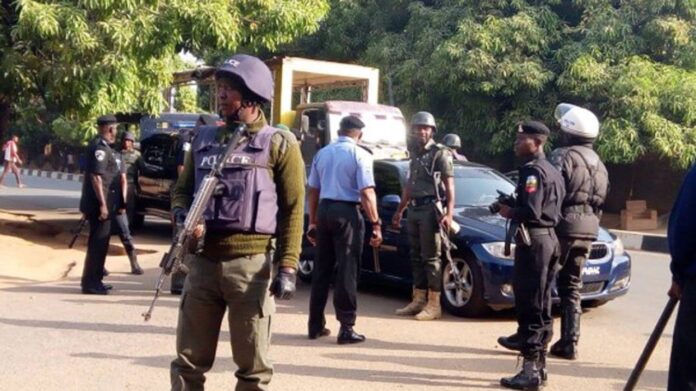 Police in Ogun said on Sunday that they arrested a robbery suspect, at Ilese-Ijebu on Oct. 1 while in the process of robbing people.

Police spokesman, DSP Abimbola Oyeyemi, said in a statement issued in Ota that the suspect was arrested following a distress call received by the police at about 12.30 midnight.

He added that on sighting the police, the hoodlums took to their heels, but one of them was arrested with the assistance of members of the community while others are still at large.

The armed robbery suspect arrested by the police in Ogun

He stated also that one locally-made gun with one live cartridge was recovered from the arrested suspect.

Acting Commissioner of Police in Ogun, DCP Abiodun Alamutu, has ordered the immediate transfer of the suspect to state Criminal Investigation and Intelligence Department for investigation.

He also directed a massive manhunt for the fleeing members of the gang so as to bring them to justice. (NAN)