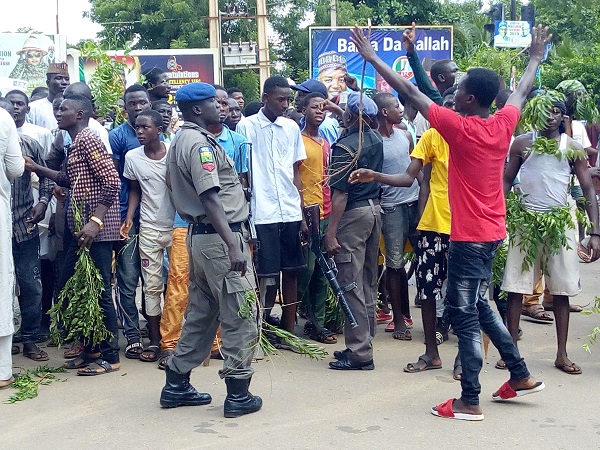 Angry youths from the Epie and Atissa Kingdoms in the Yenagoa Local Government Area of Bayelsa State are currently protesting in Yenagoa, the state capital, over the death of their colleagues from the Biogbolo-Epie community.

The male victim, Goodluck Oviekeme Izigwe, was said to have died in police custody.

Protesting the death of Izigwe, the youths on Saturday blocked the Biogbolo-Epie section of the Mbiama-Yenagoa Road and the Isaac Boro Expressway with canopies, tyres and sticks, stopping vehicular movement.