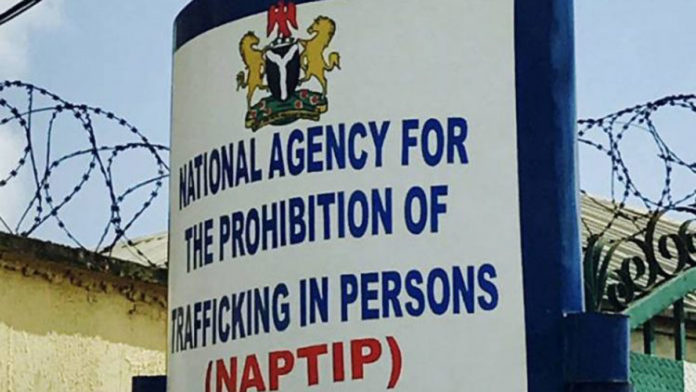 The National Agency for Trafficking in Person, Makurdi Zonal Command on Saturday said that the agency has arrested two suspects in connection with the sale of babies in the state.

The Zonal Commander, Mrs. Gloria Bai who disclosed this to journalists in Makurdi, Benue State capital, and said that the culprits have been charged to court.

Mrs Bai stated that at present, the command had seven of such cases with 13 children involved, saying that only three had been rescued.

“Also, we have two young boys who were taken from Gboko and sold out in Lagos. The syndicate has been arrested and the case is in court, and the boys were rescued with the help of the Nigerian Police.

The Zonal Commander said that there were cases involving young girls who have had pregnancies out of wedlock and some did not know who was responsible for their pregnancies.

“Traffickers have started using that opportunity, preying on the vulnerability of these young girls because they are vulnerable, some are even driven from home after the pregnancy.

“The traffickers now are using that avenue to deceive these young girls, take them somewhere, make them have the babies and then sell the babies. We have received so many cases.

“Right now we have arrested two suspects who are members of the syndicate involved in luring young girls who are pregnant and deceiving them to have the babies and after that, they sell the babies.

“We know that there are cases where some of them are told the babies are dead and they are not even paid one kobo and some were just paid some stipends,” she said.

Mrs Bai further explained that the Command had other cases, among them was a girl who was taken to Abia State and given N100,000 after her baby was sold, as well as a case where a woman came from Bayelsa State and bought a baby. These babies, she said were yet to be recovered.

Mrs Bai lamented that Benue State was becoming a hub for the sale of babies, adding, “people are ready to traffick young girls and also deceived them into selling their babies.”

While calling on parents to watch out for their children, the NAPTIP Zonal Commander appreciated security operatives in the state, particularly the DSS for their cooperation to track down the syndicates.