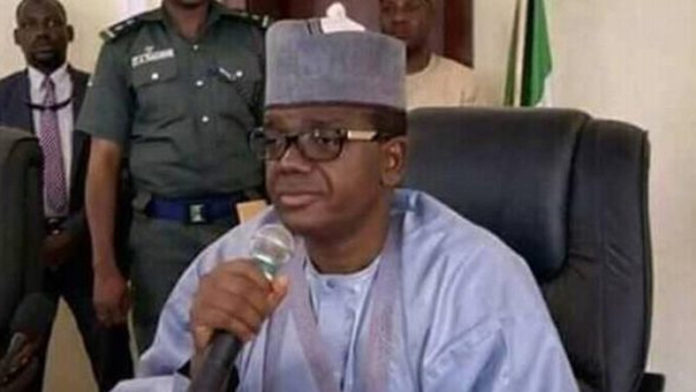 The closed-door emergency meeting, called at the instance of the governor, was attended by stakeholders who appraised the security challenges facing the Northwest state.

Those who attended the meeting which held at the Government House, Gusau included traditional rulers from 17 emirate councils, heads of security agencies operating in the state and members of the Council of Ulama.

The Director-General, Media, Public Enlightenment and Communication to the Governor, Malam Yusuf Idris, said that a communique would be issued after it is ratified.
In a related development, the Minister of Humanitarian Affairs, Disaster Management and Social Development, Sadiya Farouq has decried the increasing rate of kidnapping in Zamfara State.
While reacting to the latest attacks where students were kidnapped from the College of Agriculture in Bakura, Zamfara by armed men, Farouq described the incident as a case of one too many.

The Minister, in a statement in Abuja yesterday by her media aide, Nneka Anibeze said: “This news is saddening. Now, Zamfara has continued to hug major headlines for the wrong reasons.”

The Minister, while commiserating with the parents and guardians of the affected students who were kidnapped called for calm as the security agents continue their investigation and rescue operation.

“At this point, as parents and guardians, there is a need to exercise patience and allow the police and the Joint Military Task Force to do their job. I have full confidence in their ability to track and flush out these bandits whose stock in trade is kidnapping harmless citizens for ransom.

She urged residents, community leaders, religious leaders and others to work closely with the security agents in identifying and flushing out bandits.

Also, Governor Matawalle has approved the appointment of Alhaji Kabiru Gayari as the state’s new Head of Service.
This is contained in a statement issued in Gusau yesterday by the Director-General, Media, Public Enlightenment and Communication, Alhaji Yusuf Idris.
The statement said the appointment takes immediate effect.
Until his appointment, Gayari was the Permanent Secretary, Ministry of Finance.