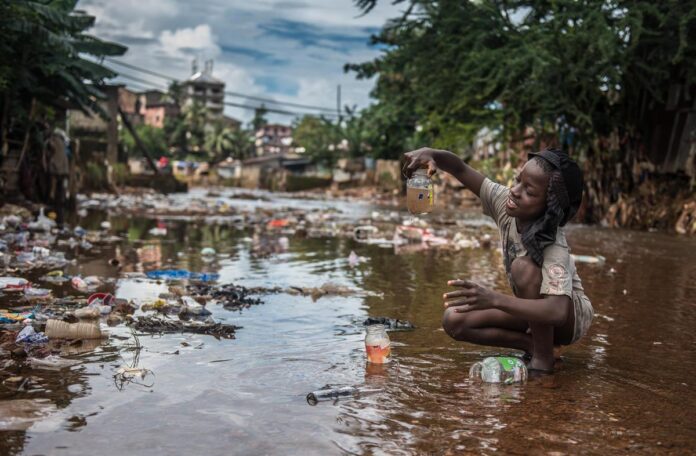 Residents of Kano and Jigawa states have blamed lack of access to potable water and poor sanitation for the cholera outbreak reported to have caused at least 295 deaths between March and July in the two North-western states.

About 195 persons died from the disease in Kano, while over 100 persons lost their lives in neighboring Jigawa in less than one month, officials said.

The Permanent Secretary of Jigawa State Ministry of Health, Salisu Mu’azu, told reporters Wednesday that over 5,000 suspected cases of the disease were reported in the state within the four months.

Kano State’s epidemiologist, Bashir Lawan, also said as of Wednesday, about 5,555 suspected cases had been recorded from March.

Hassan Galadima said he lost two relatives to the outbreak, including his elder brother’s wife, Aisha Muhammad. He said the 35-year old would have survived if the Primary Healthcare Centre (PHC) in their hometown of Zareku in Miga Local Government Area of Jigawa State was functional and had drugs.

“We took her to the facility on July 29 but they asked us to go home after first aid was given to her. But her condition deteriorated overnight and we returned her to the facility the following day. But she was not admitted due to lack of drugs to treat her at the center,” Mr Galadima said.

He said they had to take the patient to Jahun General Hospital in the neighboring local government area, about 20 kilometers away. Still, she gave up the ghost there, leaving behind a four-month-old toddler and four other children.

“She died at home because we could not take her to the primary healthcare center as we knew that there were no drugs there.”

He said four other family members infected with the disease were, however, responding to treatment at the center, following the supply of drugs to the facility.

Mr Galadima blamed the cholera outbreak on unclean water in the area and the deaths on the poor response by health workers.

He said many people in the community source water from damaged pipes, despite warnings by health officials of the danger of consuming the water.

As of Tuesday, Mr Galadima was still at the Zareku primary healthcare center, taking care of some of his infected relatives. He said the community recorded the fatalities before the arrival of drugs at the center.

The village head, Abdulkadir Ibrahim, said five persons died on Friday in the village, but the figure had risen to eight by Tuesday.

Abubakar Idris from Kurna area of Kano metropolis said he took his 41-year-old wife to the Infectious Disease Hospital in Kano after she vomited throughout the night.

“Our area does not have access to potable water. We rely on water vendors, but we don’t know the source of the water they sell to us. The poor drainage system in our area is also responsible for our poor hygiene.

“But we are happy that health officials received us well at the hospital and provided us medication free of charge. My wife is due for discharge,” Mr Idris told on Friday.