Emergency Digest
Home News I am Not a Kidnapper, Kingpin Evans Tells Court After Suspension of... 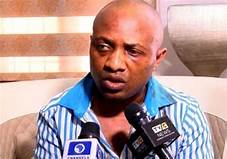 I am Not a Kidnapper, Kingpin Evans Tells Court After Suspension of DCP Abba Kyari

EMERGENCY DIGEST- The billionaire suspected kidnapper, Kingpin Evans who was earlier arrested by the DCP Abba Kyari led team has told court that he is not guilty to the charges pressed against him, a few days after Police Service Commission has approved the suspension of DCP Abba Kyari.

The defence teams of alleged kidnap kingpin Chukwudimeme Onwuamadike, alias Evans and his five co-defendants have closed their case before Justice Hakeem Oshodi of an Ikeja High Court.
Evans’ five co-defendants are; Uche Amadi, Okwuchukwu Nwachukwu, Ogechi Uchechukwu, Chilaka Ifeanyi and Victor Aduba.
The News Agency of Nigeria (NAN) reports that they were arraigned before Oshodi on Aug. 31, 2017 on a two-count charge of conspiracy and kidnapping.
They are accused of the Feb. 14, 2017, kidnapping of Mr Donatus Dunu, the Managing Director of Maydon Pharmaceuticals Ltd.
According to the prosecution, Dunu was kidnapped on Ilupeju Road, Lagos and the defendants allegedly collected 223,000 Euros as ransom from Mr Dunu’s family.
All the defendants during the criminal trial have maintained their innocence.
During Tuesday’s proceedings, the counsel to the sixth defendant (Aduba), Mr Emmanuel Ochai, announced to the court after Aduba’ s testimony that the defence had presented their case.
Justice Oshodi gave the defence 30 days to file their final written addresses and the prosecution was given another 30 days to respond to the final written addresses of the defence.
The case was adjourned until Nov. 5 for adoption of the final written addresses.
NAN reports that Evans, while testifying in his defence on Jan. 22, denied being a kidnapper.
Led in evidence by his defense counsel, Mr Victor Okpara, Evans denied all allegations of kidnapping levelled against him by the Lagos State Government.
He insisted that he was a legitimate businessman.
He said that his nickname was not Evans and that he was coerced into admitting being a kidnapper after the police, in a bid to make him confess, extra-judicially killed four individuals in his presence.
“I live at Fred Shoboyede Street, Magodo Phase II, Lagos. I am a businessman and I deal on ornaments and Horlicks.

“My lord, my name is not Evans and I don’t have a nickname,” he said.

He said that prior to being apprehended by the authorities, he had never met his five co-defendants.

He said that he met his co-defendants for the first time on the day they were paraded as members of a kidnap syndicate by the police, at Area F Police Command, Ikeja, Lagos.