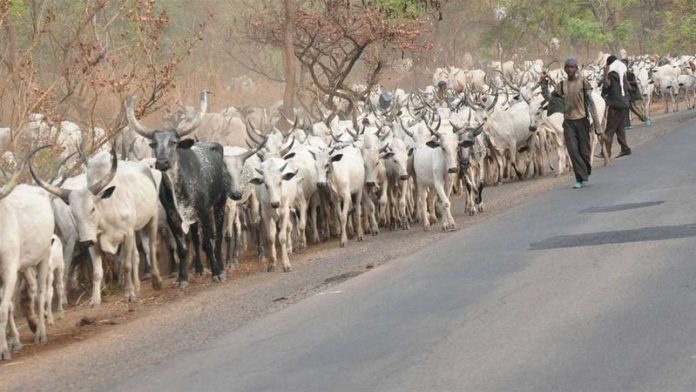 There was pandemonium at Ebrumede community in the Effurun area of Uvwie Local Government Area of Delta State on Monday after a fleeing cow reportedly killed a three-month-old baby.

Two herdsmen were reportedly escorting the cow to a buyer when the cow strayed off their hands in DSC Expressway by Ebrumede Magistrate Court near the DSC Roundabout to attack the victim at the back of his mother.

The incident occurred about 11 am on Monday leading to the death of the baby.

The deceased was on her mother’s back when the fleeing cow attacked the woman from behind.

The cow was said to have used its horn to hit the baby on the head bursting the deceased skull in the process.

It was further learnt that the cow also injured an elderly man in the process after earlier straying into the court process as lawyers and their clients fled for safety.

The baby who was rushed to the Warri Central Hospital for urgent medical attention was pronounced death on arrival.

Edafe said the herdsmen escorting the cow had been arrested by police operatives at the Ebrumede Police Station where the case was being handled.