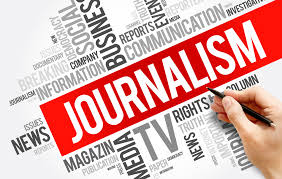 When there is a break out of violence such as bomb attack, kidnapping,farmers-herder clash, violent protest, the immediate response is the deployment of security personnel and journalists to the scene-the security guys go in armed with AK47s and shielded in body amours, our journalists go in with pens, writing pads, cameras, and microphones, the security guys are trained to work in the circumstance, how about the journo?

Incidentally, media professionals just like anywhere in the world must continue to carry out their responsibility of news gathering and dissemination amid these dangers, regardless (supposedly) of the potential harm that this responsibility brings to them and by implication their families too

It, therefore, behooves the media institution regardless of security put in place by authorities, to develop security models that fit the profession, so as enable the practitioners to be in control of their safety and security when working in these environments. This measure has helped put a lot of hostile environment journalists out of harm ways, or at most reduce the harm or accident that comes with the hazards of the profession.

When media practitioners feel confident of being in control of safety and security, the ease to work effectively and professionally comes to play, and the vices of sensationalizing stories and even fake stories are obliterated- fear is an enemy of positivity.

thereby justifying the popular saying in the media parlance ‘’no story is worth dying for’’ ‘’you have to be alive to tell the story’’.

Dele Giwa’s death by letter bomb readily comes to mind as the highest level of an attack on the practitioners and the media profession more than thirty years ago. This was when it was quite strange to hear bombs going off on the streets of Nigeria not to talk about in the homes. But in the late 2000s, the activities of the oil militants in the Niger Delta oil region and the Boko Haram insurgency made this degree of violence a common thing on our home grounds, and the society has remained only but hostile ever since, and the toll is also taking its hit on the media. For instance:

-Famous Gioboro a journalist with Bayelsa State-owned radio station,Glory FM 97.1, was shot dead on the 16th of April 2017 suspected by assassins.

-Lawrence Okojie a reporter with Nigerian Television Authority Benin, Edo State was also reported shot dead by gunmen on the 8th of July 2017.

–The Publisher of ‘Peoples Leader’ magazine, was also gunned down in front of his office on the 2nd of June 2017.

-The offices of Thisday Newspapers in Abuja and Kaduna were simultaneously attacked by Boko Haram suicide bombers killing two security guards and injuring five staff on April 26th, 2012. The Kaduna Thisday office shared the same building as the offices of The Sun and The Moment Newspapers.

-Boko Haram shot dead Channel Television Correspondent Eneche Akogwu on the 20th of January 2012, while he was on duty covering the scene of a bomb attack in the commercial city of Kano.

-Zakari Isah a newscaster with NTA Maiduguri, was shot several times and killed in front of his family members by suspected Boko Haram gunmen between 2011/2012.

Fast forward to the immediate incidences last year, the media lost three young journalists; Precious Owolabi who was doing his Nigeria Youth Service Corp mandatory one-year service program with a Channels TV, and Alex Ogbu of a reporter with Regent Africa Times were both killed while covering a Shitte Protest which clashed with the Police in Abuja. Another Corper, Suleiman Ayau who was serving with Leadership Newspapers was killed by a stray bullet from the same protest.

Similarly, the #ENDSARS agitations in October 2020 consumed Gboah TV reporter Pelumi Onifade who reportedly died of bullet wounds he sustained while covering the looting of a Corvid-19 Palliatives warehouse in Lagos. in May of this year in Katsina state, Ibrahim Dankobo a cameraman attached with the information unit of Jibia Local Government Area was shot dead by bandits when he responded to a call in his neighborhood that bandits had attacked the community.

We believe that the Nigerian media institution, Government, and other related stakeholders will do a great service to media practitioners by providing Hostile Environment Training to Journalists, as this will not only help keep to safe their lives, but it will also empower them to report for the people, and not against the people. There are chances that if Ibrahim Dankobo and this colleagues will be alive if they were trained on how to work in the hostile situations that consumed them.