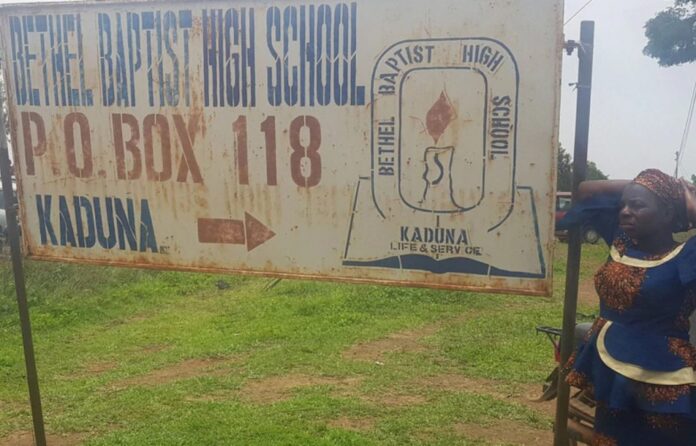 Mrs Esther Joseph, 85-year-old mother of one of the 78 Bethel Baptist School students still in kidnappers’ den, has called on relevant authorities, including international bodies, to urgently intervene in the release of the students.

She expressed faith in God to intervene in the students’ case.

Looking weak and dejected, Mrs Joseph, who said she sold all her properties and paid ransom for the release of her daughter, said she was disappointed as the kidnappers made a fresh demand.

Recall that kidnappers had reached out to parents last week, making a fresh demand of N100 million after they had paid N68 million.

The kidnappers released 28 students two weeks ago and promised to release the rest in batches. However, they have made a fresh demand for ransom.

Mrs. Joseph said she spoke with her daughter when the kidnappers made contact.

“From the way she was responding to me, I knew my daughter was in pain. Her speech was distorted as she was crying throughout the period we spoke on the phone,” she said.

“As a widow, I can’t even afford to feed myself, and other siblings as I have sold everything I had. I am trusting God that one day, my daughter will be freed,” she added tearfully.

Recall that, gunmen had on July 5 abducted 121 pupils during an attack on the school along the Kaduna-Kachia highway, Damishi, in the Chikun Local Government Area of the state.