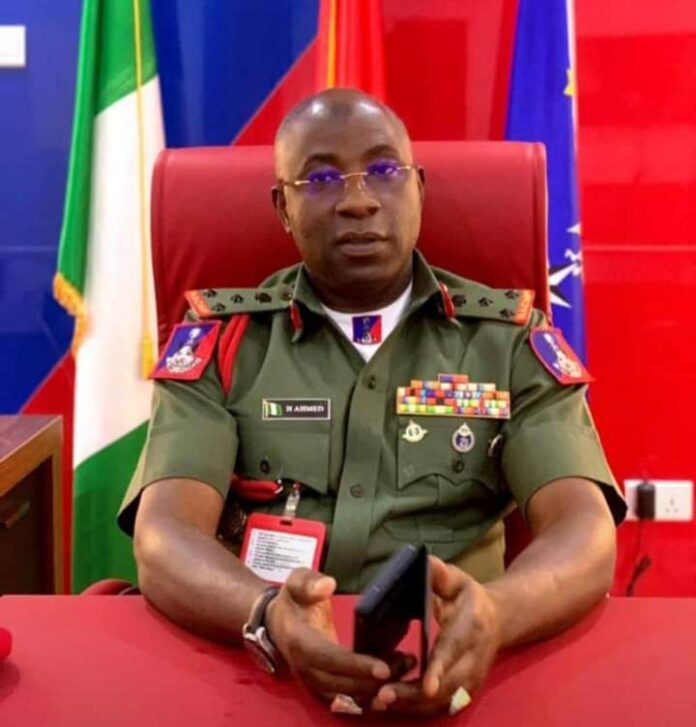 Sabina, the sister of the late Major General Hassan Ahmed, has been released after thirteen days in captivity.

The former Provost Marshal (PM) of the Nigerian Army was murdered around 7 and 8pm on July 15 within the Abaji area of Abuja.

Ahmed was buried at the Lungi Barracks Cemetery in the nation’s capital in line with Islamic rites.

DAILY POST had broken the news of how gunmen ambushed and killed the top military officer on his way from a trip to Okene in Kogi.

Ahmed was chauffeured by his driver, Sergeant Bukar, in a Toyota Hilux vehicle with a private plate number. He was without guards.