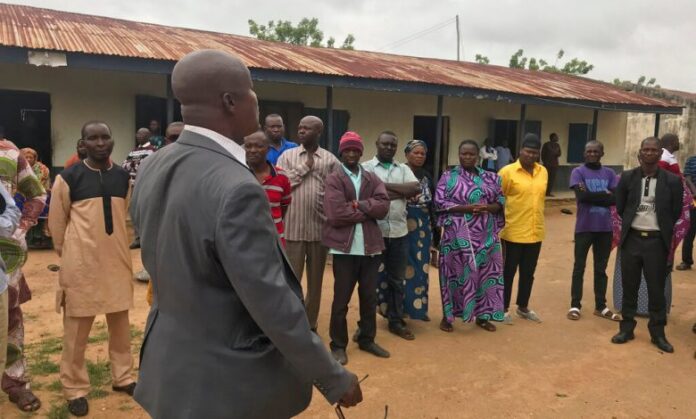 EMERGENCY DIGEST- Joseph John Hayab, the Chairman of the Christian Association of Nigeria (CAN) in Kaduna State, hasexplained that following the release of some abducted students of Bethel Baptist High School, a bandit was paid N130,000 as ransom to free one of the students still held in captive.

However, aside from those released, four more students escaped on their own from the bandits, one of whom is the student who later fell into the hands of the bandit that requested a N130,000 ransom.

According to Hayab, the bandit also collected a telephone and SIM card before he freed the fleeing student.

His words: “Yesterday (Sunday), four more children were released. They escaped and one Good Samaritan brought three of them home. One fell in the hands of another criminal who requested that we should pay him money.

“We had to find money and pay him N130,000 after a long negotiation.  Thereafter, he requested that we should buy him a small phone, SIM, and recharge cards. We gave him and got the child released from that man by 11pm.

Meanwhile, Rev Israel Akanji, the President of the Nigerian Baptist Convention, had stated that the bandits still have 87 students in their captive.