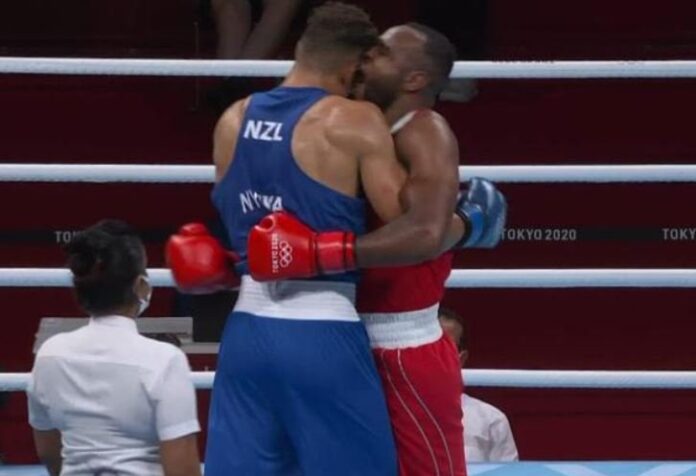 Moroccan heavyweight boxer Youness Baalla attempted to bite David Nyika’s ear during his defeat to the New Zealander at the Tokyo Olympics on Tuesday.

The 22-year-old was subsequently disqualified for unsportsmanlike behaviour, although he was already out of the Games anyway following his unanimous-points loss in the round-of-16 bout.

A Tokyo 2020 statement called Baalla’s actions “intolerable”, saying that he “very clearly intended to bite the ear/face of his opponent in the third round of the bout”.

Footage shows Baalla trying to bite Nyika’s right ear as the two boxers hold each other.