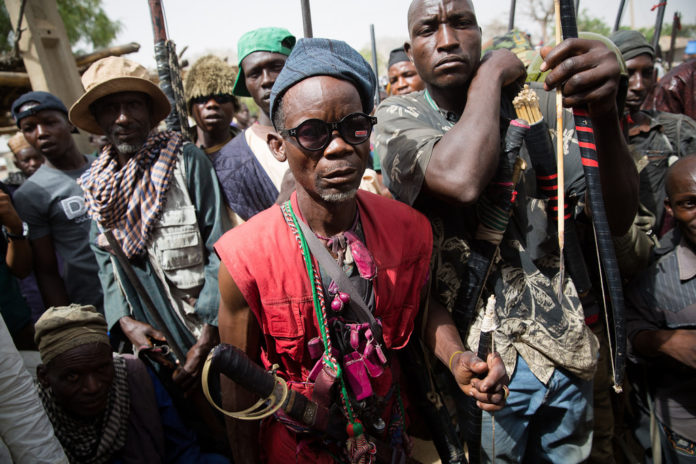 Kidnappers Neutralized By Local Hunters While Collecting Ransom
EMERGENCY DIGEST– Professional hunters in Okehi Local Government Area of Kogi State, in the early hours of Tuesday, gunned down two kidnappers, while they were collecting ransoms to free their victims.

Speaking in a statement, the Chief Press Secretary to the state governor, Onogwu Mohammed, said the killing followed an actionable intelligence report, which led to the hunters ambushing the kidnappers as they came out in the Abobo area behind the Nigerian Iron Ore Mining Company, Itakpe, to collect the ransom demanded before the release of their victims.

Two of the three kidnappers were killed in the process, while one escaped into the bush with gunshot wounds, while the victims were freed in the operation.

Speaking on the development, the Divisional Police Officer, Okehi Local Government Area, Ovanja Yakubu, said police operatives in his division had been drafted to join the professional hunters to fetch out the third kidnapper dead or alive.

Reacting to the development, the Governor of Kogi State, Yahaya Bello said the state would not accommodate any criminal who wants to deprive the people of their peace