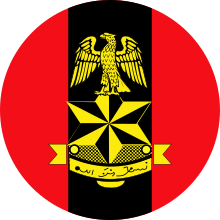 The Imo State Police Command has arrested an Army deserter, Godwin Chukwuemeka, 35, for alleged involvement in the April 5 jailbreak in the state.

Parading the suspect, the Special Adviser on Media to the state Commissioner of Police, Mike Abatam, said the suspect was also involved in the attack on the police command headquarters in Owerri.

Describing the suspect as a “notorious criminal,” Mbatam, a Chief Superintendent of Police, said he had committed many heinous crimes in the state.

He alleged that the suspect was still using military insignia despite the fact that he had been dismissed.

Mbatam said “Following reliable information, tactical teams of the Imo command stormed the hideout of a notorious suspected criminal in the Owerri Nekede area, where one Godwin Chukwuemeka, aka Match and Die, 35, was arrested inside the ceiling of his residence.

“The suspect is alleged to be a dismissed soldier of the Nigerian Army. On interrogation, he confessed to being among the hoodlums, who attacked the Imo State Police Command Headquarters and the Correctional Centre, Owerri, earlier this year.

“The Commissioner of Police urged the officers and men of the command to sustain the tempo of the moment. He commends the good people of the state for their support and solicits an all-society approach to improve security in the state.”

The suspect, who spoke to journalists, said he ran away from the military because of the insurgency in the North.

He said he fled the military camp in the North-East to enable him to sit his final examinations at the Federal Polytechnic, Nekede, Owerri.