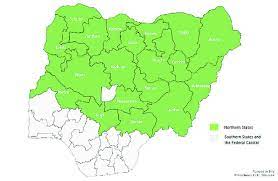 A group, the Northern Solidarity Forum (NSF) has raised the alarm that the spate of insecurity is affecting development in the region.

The group, therefore, made an appeal to people in the region to support ongoing joint military operations aimed at checking insecurity.

NSF in a press release on Tuesday noted that though much still needed to be done, the able leadership role of the Defence Headquarters has translated to positive results in the fight against criminals and terrorists in the North West and North East.

The press release signed by NSF Publicity Secretary, Umar Gundiri noted that troops repelled an attempted attack by bandits on some locations along Kaduna-Zaria highway.

“This was confirmed in a statement issued on Monday in Kaduna by the state Commissioner of Internal Security and Home Affairs, Mr. Samuel Aruwan, which said that several bandits were neutralized by the troops.

“Earlier, over 50 fighters of the Islamic State West Africa Province (ISWAP) Terrorist group were killed in a futile attack on Damboa LGA of Borno State.

“The fighters were killed by troops of Nigerian Army in conjunction with Air Component of the Operation on Wednesday 2 June 2021.

“And just on Tuesday 08/06/2021, troops of the Nigerian Army and Air Task Force foiled plan by scores of armed terrorists, suspected to be ISWAP militants to over
run Dikwa, with several of them killed

“The Northern Solidarity commends the Armed Forces of Nigeria for their renewed spirit of oneness. Importantly, the leadership of the DHQ should be commended for carrying the arms along.

“NSF call on northerners and residents in the region to back ongoing military operations. The development of the region is at stake and we must not allow the sacrifices of our military personnel to be in vain.”