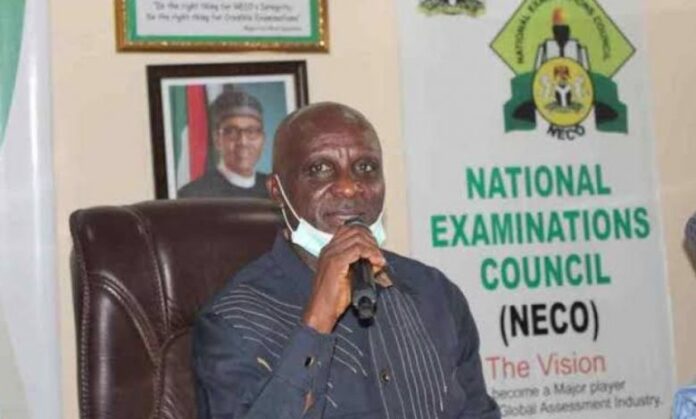 EMERGENCY DIGEST- There was apprehension at the headquarters of the National Examinations Council (NECO) in Minna, Niger State over the news of the demise of the Registrar and Chief Executive of the Council, Prof Godswill Obioma.

Obioma died in the wee hours of Tuesday of heart attack.

A source in the Council reported that “contrary to the news on social media that he was assassinated, the truth is that, he had heart attack on arrival from Abuja on Monday night and was rushed to Stabdard Hospital Minna where he was confirmed dead early morning Tuesday.