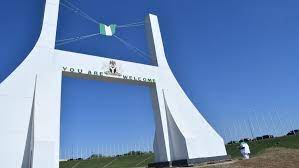 The Federal Capital Territory Administration (FCTA) Education Secretariat has reiterated the safety of school-age students in various schools across the territory.

The Director, Administration and Finance of the secretariat, Mr Leramoh Abdulrazaq made the commitment at a news conference on Thursday in Abuja.

Abdulrazaq said it was imperative to again allay the fears of parents, guardians and stakeholders of the safety of their wards in schools operating within the FCT.

He said that the insecurity challenges across the country had been of utmost concern to the FCT authority and had continued to put all efforts and strategies together to safeguard its territory.

“The resumption of schools for third term academic session since April, has been running smoothly.

“This is with intensive monitoring and inspection mechanism in place by its various departments mandated with such responsibilities,” he said.

Abdulrazaq, who said that no security breach had been recorded in FCT, while debunking reports that FCT schools had been closed. He said that in the face of emerging security challenges, the secretariat had continued to strengthen its security personnel and surveillance with strict adherence to security tips.

The director also assured that the secretariat would ensure conducive learning environment with full compliance to the COVID-19 protocols.

Abdulrazaq called on parents, guardians, and stakeholders not to relent in complementing the government’s efforts and sustaining the various safety measures the FCT administration had put in place.

He assured them of their wards’ safety under the Education Secretariat custody, stressing that FCT Schools remained safe with effective and efficient learning and teaching taking place unhindered.