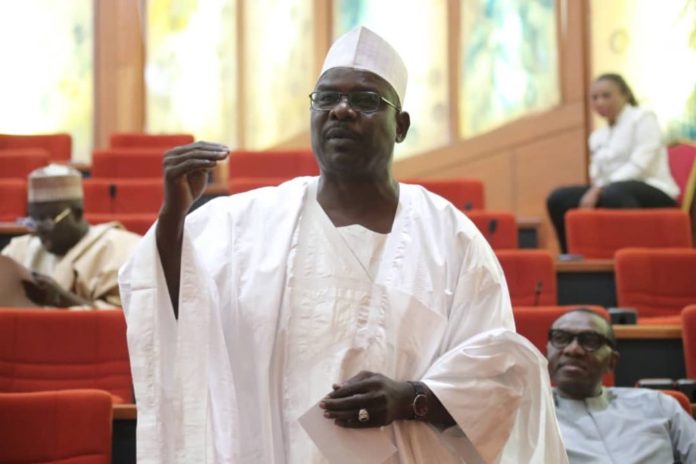 The judge, Okon Abang, gave the order when Mr Ndume failed to file a formal application to show cause why he should not forfeit the bail bond of N500 million deposed on May 5 as part of the conditions for standing surety for Mr Maina.

The lawyer for the EFCC, Mohammed Abubakar, had on November 18 asked the court to make an order for the lawmaker to forfeit the bail bond since Mr Maina, who he stood surety for, had jumped bail.

Mr Abubakar also asked the court to revoke Mr Maina’s bail and issue a warrant of arrest on him.

Although the court granted the applications of the EFCC on Mr Maina, it gave Mr Ndume an opportunity to appear with his legal representative and adjourned until November 23, which is today.

The judge, Mr Abang, in his ruling on Monday (today), ordered Mr Ndume’s remand pending the time he is able to fulfill the bail bond or produce Mr Maina in court.

Mr Ndume said he agreed to stand surety for Mr Maina because the accused is one of his constituents from Borno South.

The former pension chief is charged with 12 counts of money laundering.

He pleaded not guilty to the charges.