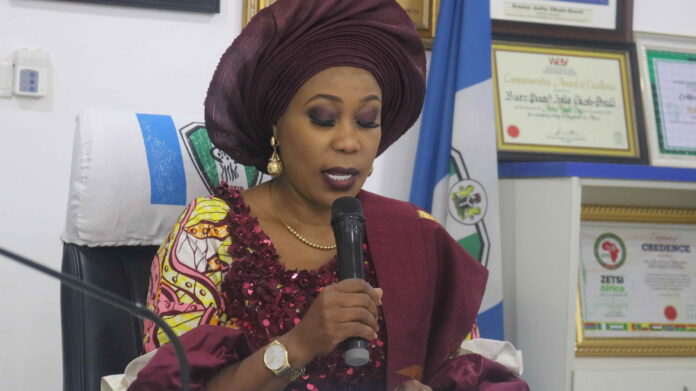 The National Agency for the Prohibition of Human Trafficking (NAPTIP) and the Kofi Annan International Training Centre for Peacekeeping (KAIPTC) have collaborated in to combat gender-based violence (GBV) and other social vices in Africa.

The Deputy Commandant, KAIPTC, Air Commodore Goerge Arko-Dadzie at the opening of a five-day capacity building training in, “Preventing and Responding to Gender Based Violence (GBV) in Africa” organised by his foundation in conjunction Beth NAPTIP in Abuja on Monday said

The part called on African leaders and stakeholders to put the training system in place to avoid the threat of gender-based violence (GBV) is the first of its kind and it’s a positive one that’s happening in Nigeria.

He said the issue of GBV has been a problem in Africa despite the United Nations resolution and the protocol that has been put in place with all the legal backing that exist against GBV, Africa is still battling with it.

“There are a number off national and regional legal frameworks adopted to fight gender-based violence but despite the existence of the numerous frameworks as well as the establishment of office of the special representative of the secretary general on sexual violence in conflicts (OSRSG-SVC) in 2009, GBV remains a global concern and there is the need for a concerted efforts and interventions to fight against this phenomenon on the African continent.”

He added that GBV continues to be prevalence in most African countries with women and girls been the most affected.

The Director General, NAPTIP, Julie Okah-Donli who joined the opening session virtually said, the concept of female subjugation, abuse, exploitation and it’s attendant consequences is not new in this sort of the world adding that the patriarchal nature of African society compound the problem.

She said the important of training in the area of GBV cannot be overemphasized especially in such as sensitive field as Secular and Gender Based Violence (SGBV).

The DG said as part of its effort in response to GBV, the Federal Government of Nigeria articulated and published the National Gender Policy in 2008 in its bid to rid the nation of all forms of gender discrimination, promote equal access to political, social and economic wealth creation opportunities; and attain all-inclusiveness in decision making.

She added that Nigeria government has continue to demonstrate her commitment to eliminate all forms of gender discriminations, through the programme of the Federal Ministry of Women Affairs, NAPTIP and other relevant Ministries and Agencies.

Dr Olubusayo Akinola who representated the ECOWAS Commission also said in West Africa like in other parts of the world, GBV including Violence Against Children is a pervasive human rights concern that keeps growing and the scourge is more profound in times of economic uncertainty, civil unrest, disaster and pandemics.

“Despite the many legal, policy frameworks and documents adopted at the international, continental, regional and national levels and the advances that have been made in reporting and documentation, GBV/VAC continues to be widespread and present in all Member States, in familiar and new forms.

She said the President of the ECOWAS Commission issued a statement titled: ECOWAS Calls for Urgent Action to Address Sexual and Gender Based Violence and Protect the Rights of Women and Girls adding that this was necessitated in the face of unprecedented reports of rape and defilement; and even deaths of especially women and girls in the ECOWAS region.

“As evident in any emergency, vulnerabilities of women and girls increased with the outbreak and management of the COVID-19 pandemic; ranging from inability to access services due to movement and access constraints and diversion of resources to COVID-19 interventions. Reduced or loss of household income impacted more on women compared to men, thereby increasing the risk of exploitation and sexual violence.

“Financial challenges due to limited livelihood opportunities during the lockdown increased tensions in households, which further fueled domestic violence and other forms of GBV.”