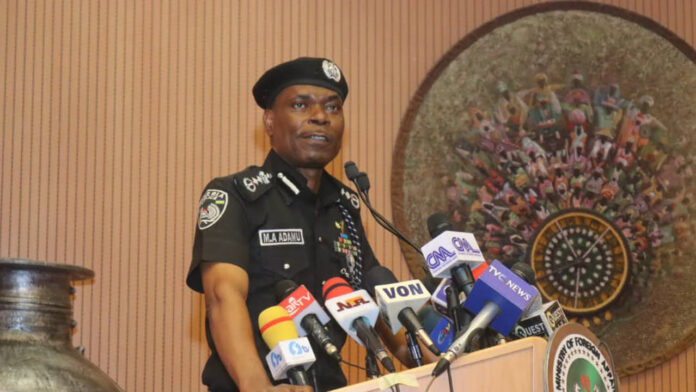 The Inspector-General of Police, Mohammed Adamu, said that not less than 22 police officers were killed by youth protesting police brutality while hundreds of police stations and formations across the country were damaged.

The #EndSARS protest, which lasted two weeks, was peaceful until it was hijacked by hoodlums who looted public and private-owned warehouses, burnt police stations, and destroyed property.

Before then, police and pro-government hoodlums attacked protesters across in many cities, including Lagos and Abuja.

During one of the demonstrations in Lagos, soldiers shot at unarmed protesters at Lekki Toll Plaza. At least two people were confirmed killed with witnesses saying the casualty was over a dozen. This caused chaos and led to reprisal attacks by angry youth.

The Nigerian Army has, however, denied that it shot at the protesters, saying it was invited to enforce a state curfew by the Lagos State Government.

The Lagos State authorities have also denied ordering soldiers to fire shots at the protesters.

Speaking on the deaths across all states of the country since the #EndSars protest began on October 8, Amnesty International, a global rights organisation, said at least 56 people have died across the country since protests began.

“In multiple cases, the security forces have used excessive force in an attempt to control or stop the protests,” its country director, Osai Ojigho, said earlier this week.

Meanwhile, the IGP, in a statement issued by the force spokesperson, Frank Mba, on Friday, stated that officers of the Nigeria Police acted professionally.

“The IGP noted that during the protests, officers of the Force used legitimate means to ensure that the protests were carried out in a peaceful manner and in most cases, physically protected and walked side-by-side with the protesters,” the statement said.

He reiterated that even when the protests turned violent in some parts of the country, the officers still maintained utmost restraint and did not use excessive force in managing the situations.

“Available Reports show that twenty-two (22) police personnel were extra-judicially killed by some rampaging protesters and scores injured during the protests. Many of the injured personnel are in life-threatening conditions at the hospitals.”

“Two hundred and five (205) Police stations and formations including other critical private and public infrastructure were also damaged by a section of the protesters. Despite these unprovoked attacks, our police officers never resorted to use of unlawful force or shooting at the protesters as alleged in the report,” the statement read.