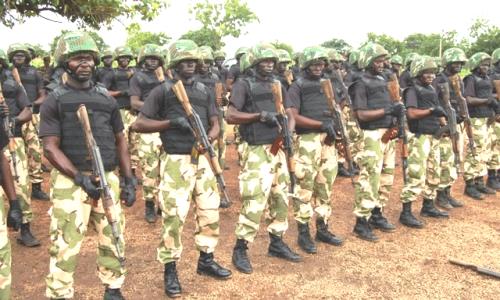 The Nigerian Army says it is set to start its annual exercise “Crocodile Smile” to identify, track and “counter negative propaganda” in the social media and across the cyberspace.

In a statement, Musa Sagir, army spokesman, said the exercise will begin from Tuesday.

“This year’s Exercise CROCODILE SMILE V1 is scheduled to commence from the 20th of October to the 31st of December 2020,” Sagir said.

“The Exercise is deliberately intended to be all encompassing to include cyber warfare exercises designed to identify, track and counter negative propaganda in the social media and across the cyberspace.

“This is the first ever Cyberwarfare exercise to be conducted in the history of the African Armed Forces. Accordingly, the exercise will also include positive identification component aimed at identifying Boko Haram terrorists fleeing from the North East and other parts of the country as a result of the ongoing operations in the various theatres of operations especially in the Northeast, North Central and North Western parts of Nigeria.

“The Nigerian Army, once again, reassures all well meaning Nigerians of its commitment to the sustenance of peace and security in Nigeria and urges members of the public for their support and understanding throughout the period of the exercise.”

The exercise is coming at a time when young persons are out on the streets in major cities across the country.

Under the #EndSARS campaign, protesters have been demanding an end to police brutality.

The protest, which started in Lagos and Abuja last week, has spread to many parts of the country, Kaduna being the latest.

On Saturday, thousands of protesters marched against insecurity and banditry in Kaduna.

Sagir announced the flagging off of “Crocodile Smile” one day after the army vowed to defend Nigeria’s democracy at all cost.

Responding to the comment from the army, civil society groups had asked soldiers to remain in the barracks and allow the people express their rights to protest.

The army first launched “Crocodile Smile” in the south-south region in 2016 and has since introduced the exercise at intervals.