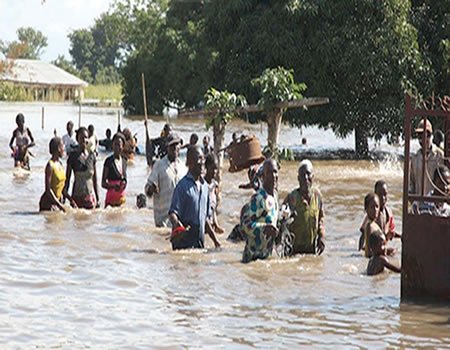 Aggrieved flood victims have attacked a special adviser to the governor of Jigawa State on community development, Alhaji Hamza Mohammed and officials of the State Emergency Management Authority (SEMA) at Ganuwar Kuma in Hadejia Local Government Area of the state.

The angry youths attacked the officials who were assessing flood damages in the area.

The victims also attacked officials and Journalists with sticks, matchets and other dangerous weapons to express anger over alleged neglect by government and other political officeholders.

Emergency Digest gathered that the angry youths started protesting against the officials while they were trying to address the flood victims who are displaced.

They accused the officials of allegedly securing grants from the federal government and other donors without giving it to the affected flood victims.

According to an eyewitness, “the aggrieved flood victims chased out the adviser to the governor, forcing him to take refuge under a bed in one of the houses”

‘We have not seen any effort and impact of the media and SEMA who are being mobilised here every year when there is a flood.